Originally from Chicago, Elmer Belt moved to Los Angeles with his family at age 9. He did a bachelors, 1916, and a masters, 1917 at University of California Berkeley.  He married his high-school girlfriend in 1918. He qualified as M.D. in 1920 at the University of California Medical School in San Francisco. As his first son had been in a serious motor accident, and as he was not satisfied with the orthopedic treatment at the UCLA, he  applied for a residency in General Surgery at Peter Bent Brigham Hospital in Boston, where his son could be treated by Dr Lovett. Afterwards they returned to and lived in Los Angeles for the rest of their lives. Belt opened a private practice.

Belt had collected the works of novelist Upton Sinclair since he was a student. In 1934 he was part of Sinclair’s campaign to become governor of California. By then he had established the Elmer Belt Urologic Group, a group practice which moved to its own building on Wilshire Blvd. in 1936; the second floor of this structure housed his ever-expanding library.

From 1939 through 1954 Belt served as the President of the State Board of Public Health, having been first appointed by California Governor Culbert Olsen and then reappointed by Governor Earl Warren for each of Warren's three terms in office. While treating Warren, Belt was able to put the case for a medical school at UCLA, which opened in 1946. He was not only instrumental in the founding of the UCLA School of Medicine, he found its first dean, and continued to support it for his whole life. Dr. Belt had privileges as a staff, attending, or consulting urologist at many hospitals around Los Angeles County and taught as Clinical Professor of Surgery (Urology) in the UCLA School of Medicine. He was acknowledged as a specialist for prostate problems.

In 1950, when he was 57, Belt was contacted by Harry Benjamin who was starting to accept transsexual patients, and was looking for competent and willing surgeons.   At some point after that Belt became the first surgeon in the US to do sex change operations on a regular basis, many on patients referred by Harry Benjamin. While he was associated with the UCLA School of Medicine, he did not perform his operations there.  They were usually done at the Good Samaritan Hospital.   He predated the team led by Poul Fogh-Andersen in Copenhagen, and he was doing vaginoplasty using skin grafts from the thigh, buttocks or back while the Fogh-Andersen team was doing only orchiectomy and penectomy. While most surgeons would not do a castration because of the mayhem laws in effect in California and most other states, Belt got around this by preserving the testicles, pushing them into the abdomen, to preserve the hormones that they produced and to avoid charges of mayhem. He regarded this as good practice. As he explained to a colleague: “It is not necessary to disturb the patient’s endocrine balance to maintain his condition as a transsexual since the faulty tissues lay within the substance of the testis in the first place.”
Belt's nephew, Willard Elmer Goodwin (1915-98) was in 1951 the founding chair of the Division of Urology in the Department of Surgery at the UCLA School of Medicine.  Belt had trained him in the techniques of sex-change surgery, and he did several such operations at UCLA.  Belt's second son, Bruce (1926-2012) also became a urologist and practiced with his father for 20 years or so.

Belt was also interested in doing surgery for trans men. He corresponded with Harry Benjamin about how to do this. Benjamin mentioned the flap techniques that Harold Gillies had done for Michael Dillon, but was unsure that such a procedure was worth following. Belt did have a trans man client who had had breast reduction from another Los Angeles surgeon, and as he had a cystic ovary, hysterectomy was medically justified anyway. Phalloplasty was considered, but in the end was not done.

Willard E Goodwin asked Rollin Perkins, a professor of law, about the mayhem statutes in 1954. Perkins acknowledged that there was a “want of judicial decision on the point” and advised caution given the uncertainty and the prejudice.  A committee of doctors at UCLA, including Goodwin and psychiatrist Frederick Worden, decided against the practice, and Goodwin ceased doing so.  Belt also ceased although as he never did the operations at UCLA he was not affected by the decision.   Annette Dolan, who did her own auto-orchiectomy, was one of his last patients.

In 1956, Dixie MacLane was arrested in Los Angeles by a vindictive policeman, and although she had had her surgery in Mexico, Dr Lyman Stewart from Belt’s practice provided supportive written testimony as did Harry Benjamin. 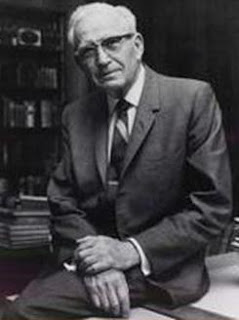 Both Belt and Goodwin had restarted quietly. As Belt wrote to Benjamin, he considered himself a softie who found it hard to turn away such desperate patients. In 1956, he did completion surgery on Barbara Wilcox, who was one of the first trans women to receive female-hormone injections and who in 1941 had successfully petitioned the Superior Court of California to change her name and to legally become a woman.
In 1958 there was a fire in Belt's office and most of his records were lost.
A notable patient was Agnes who approached UCLA psychiatrist Robert Stoller also in 1958. Stoller convinced himself that she was intersex rather than transsexual, and referred her to Belt for surgery. Also that year, Belt saw an 18-year-old trans woman “who is trans-sexual and earnestly desires an operative procedure for the change of his sex”, but as he explained to Benjamin, he turned her away for being under the age of medical consent.

Patricia Morgan, from New York came in 1961, but it took four months before a bed could be found in a hospital for Belt’s type of surgery. Then she had to wait another two months for the second phase, the vaginoplasty. And then she developed urinary problems and Belt had to do a third operation.

Aleshia Brevard, who like Annette Dolan had done an auto-orchiectomy, came in 1962, one of Belt’s last trans patients.  Hedy Jo Star had also been referred to Belt and accepted.  She was saving up for this just before Belt discontinued doing genital surgery, however a friend referred her to a doctor in Chicago who arranged surgery elsewhere.

He discontinued finally in 1962 under family pressure after he heard about the growing practice of Georges Burou. He had continual problems finding hospitals where he could do the work; he feared that a dissatisfied patient would ruin his practice by suing; he had a number of patients who did not pay their bills. There were also complaints about the way that he treated some patients. He was by then 69 and ready for retirement.

He was not part of the UCLA Gender Identity Research Clinic (GIRC) that was founded the same year, led by Robert Stoller and Richard Green, although he had more experience of transsexual patients than the entire GIRC team together.

Elmer Belt was a collector of artefacts by or about Leonardo de Vinci for over 60 years. He gave the collection to the UCLA in 1966.

Willard Goodwin was a member of the GIRC and was the urological surgeon for the operation on Beverly-Barbara in 1968, the GIRC’s first transgender operation.

Bruce Belt left medicine in 1977 and became a high-school teacher.

LA Conservancy   Elmer Belt Papers   Vidensbanken om konsidentiten     Google Scholar     EN.Wikipedia
---------
When Belt was interviewed by Goodwin in 1976, he said that after the car accident that injured his son, "I wasn’t satisfied with the orthopedic care he was getting at the University of California" and so did a residency in Boston.  I think that was 1922.  Virginia Prince's father was Charles Lowman, an orthopedic physician trained in Boston with the same Dr Lovett that Belt was taking his son to see.  As I wrote "The owner of the building where Charles Lowman had his clinic made an offer that if Lowman could establish a functioning hospital within 15 years, he would donate clear title to the building and its gardens. This was done and further expansion of the Los Angeles Orthopedic Hospital was being discussed when the 15 years had passed in 1922".   So one does wonder why Belt did not take his son there.
Time: 21:13