Dick Feller was born and raised in Missouri. At 12 he had his first guitar, and at 15 played with a local band.

In 1964 he tried his luck in the Los Angeles music scene.

In 1966 he moved to Nashville: he toured with The Statesiders, did session work and wrote songs. Johnny Cash had a hit with Feller’s "Any Old Wind That Blows" in 1972; Jerry Reed recorded "The Lady is a Woman" and "One Sweet Reason". "Lord, Mr. Ford" – the last was a number-one hit in 1973. Feller’s first album came out some months later.

He spent time at the Chelsea Hotel in New York in the mid-1970s.

Feller and Jerry Reed did the music for the film Smokey and the Bandit, 1977. John Denver had a hit with Feller’s "Some Days Are Diamonds (Some Days Are Stone)".

Feller has 400 published songs, received 10 BMI Music Awards for most performed songs of various years including two “Million-air” awards for songs that have played over a million times in broadcast play in North America alone, and has lectured at several universities.

In the 2010s, Feller relocated to Las Vegas, transitioned at the age of 70 and became Deena Kaye Rose, and published her autobiography. 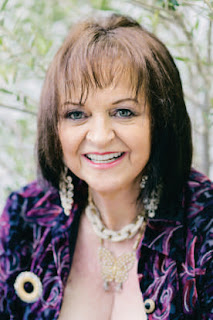 *not Deena Rose the preacher

Albums (under the name Dick Feller)