Perkins did a dissertation on transvestism and transsexuality at Macquarie University in Sydney in 1981 – one the very first by an openly trans woman.

She was also one of the members of the newly founded Australian Transsexual Association. She approached Rev. Bill Crews of the Wayside Chapel Crisis Centre to ask for a regular meeting place. Weekly support meetings were arranged.

Roberta’s book The Drag Queen Scene: Transsexuals in Kings Cross, a study of 146 lives based on her dissertation came out in 1983. This was read by Frank Walker, New South Wales Labor Assembly person and at that time Minister for Youth and Community Services. 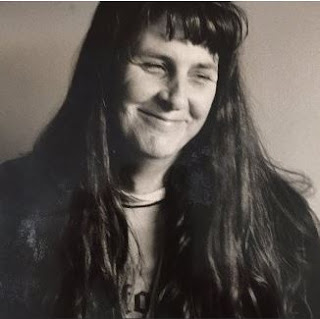 In July, he invited her to come in and talk, which led to a grant of $80,000 which was used to open a centre, Tiresias House, at 75 Morgan Street, Petersham, Sydney – its 12 bed spaces were filled immediately, and had to be converted to 16 by using the lounge as a bedroom. In December that year, Walker officially opened the centre.

Within a few years, the centre has expanded to four houses, one of which was registered as a halfway house for ex-convicts on parole. A residential nurse and a community worker were employed. Six years later it was renamed the Gender Centre.

Perkins left Tiresias House in 1985, and went on to write and subsequently publish books and articles in peer-reviewed journals on trans women and sex workers. She was involved in the struggle for decriminalization of sex work in New South Wales and Australia.

It is a shame that Roberta's books are so hard to find.

She was a pioneer in what we now accept as normal, that trans people write about trans people, but until the 1980s this was regarded as heretical, and writings by trans persons were dismissed simply because the person was trans.