Continued from Part I.

Back in Atlanta early 1969 after a first visit to Dr Barbosa, Phoebe Smith was taken shopping by an aunt who bought her three dresses. Phoebe made an appointment with Harry Benjamin in New York for a hormone prescription. Two aunts and a cousin went to New York with her.

Phoebe attempted to return to work at Rich’s Department Store, but a few co-workers objected, and the supervisor said no. Phoebe appealed up two levels but without success.

A gay former co-worker gave a big party to introduce Phoebe to the local gay scene – but she did not feel that she belonged there.  She was interviewed for a local television news program.

In November Phoebe returned to New York to see Harry Benjamin, and was told that she was ready for the final surgery. She immediately wrote to Dr Barbosa, but he did not reply – and then by telegram – until March 31 giving an appointment for April 11. She was in the hospital for two weeks, and even when she left was in considerable pain.

At first she wanted to be open about her past when applying for jobs, but quickly found that that was not going to work. She took the Georgia State Merit test, and got a position in Disease investigation. In May 1971 she transferred to Medicaid.

She was now undergoing electrolysis, and for a short while worked with a local transsexual support group before it discontinued.

Phoebe several times met persons who knew someone who knew her previous self, but it did not become a problem. One man threatened to out her if she did not date him. In spring 1974 a trans woman whom Phoebe had spoken to with the support group applied to Medicaid in the hope of having her surgery paid for. They met at the elevator, and the woman introduced herself. This made Phoebe think that everyone was talking about her. A close work friend told her that “we all know and we still love you”.

In 1975 Phoebe transferred to Family and Children Services. One day a co-worker rushed in and exclaimed: “Y’all, there is a transsexual that works for the State!”. Again it turned out that most of the co-workers already knew, and never said.

By June 1979 Phoebe had written her first autobiography, Phoebe. She self-published it and advertised in trans newsletters. A thousand copies were printed, and a New York bookstore bought four hundred. Reactions at work were mixed. People she had not previously known became friendly; no man at work ever asked her out again.

In 1980 she put together a brochure, “The Journey from One to Forty was Difficult but Successful”. It included a photograph of herself at age one with father, and a photo at age 40. It criticized the report from Jon Meyers of John Hopkins of the previous year that had been used as an excuse to close its Gender Identity Clinic.


“I have worked for the State of Georgia for almost ten years. During my fourth year of employment, knowledge of my surgery became widespread. It was upsetting, but also a big relief to get it in the open.”

Later that year a new communications office was established, and Phoebe became its supervisor, but with a pay cut.

The sale of the autobiography resulted in mail, much of it from persons seeking information. This led to the idea of a newsletter, The Transsexual Voice. The first two issues were complimentary, and 30 copies were printed. Within a few months there were over 100 subscribers.

A subscriber contacted her wanting to find someone to train in electrolysis. Phoebe jumped at the chance and for the next 15 years they worked on each other. 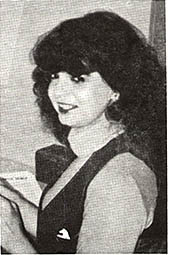 Through the 1980s Phoebe’s family health problems deteriorated. Her younger brother was diagnosed with cancer, and died at age 40. Her father died age 74 in 1989 after various health problems. Her mother needed daily care such that Phoebe had to discontinue The Transsexual Voice in 1995. Her mother died in 1998, when Phoebe was 59.

Phoebe arrived for the first time at Dr Barbosa’s office only two months after Lynn Conway had completed surgery there.

Phoebe had started electrolysis in 1971, after her two surgeries. In 1981 she trained as an electrologist and then for 15 years she and one other worked on each other. That is 25 years of electrolysis. I was done and complete in less than two years in the mid-1980s. Presumably there was not an electrologist in the Atlanta area at that time who knew how to do it on transsexuals.

It is striking in Phoebe’s autobiography that there is no mention at all of other trans people in Atlanta other than the trans woman who attempted to apply for Medicaid. The famous Atlanta trans women – Jayne County, Diamond Lil, Lady Bunny, RuPaul – were of a performance persuasion, and mostly took off for New York. However, apart from that there was trans man Jerry Montgomery, and Dallas Denny, who arrived in Atlanta in 1989. AEGIS and Southern Comfort Conference were established in Atlanta shortly afterwards.

Dallas Danny says: “With the Louisiana-based Erickson foundation no longer in operation, Phoebe’s Transsexual Voice was so far as I know for many years the only peer-produced transsexual-specific support publication in the world. Phoebe produced the last issue in 1995. It was an astonishing run, and helped thousands of people”.
Time: 08:28