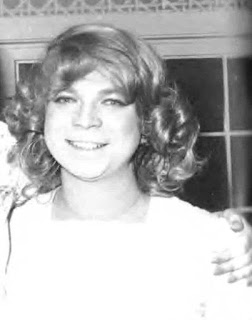 Jack Malick, a photographer, was a regular participant from the age of 21 in Susanna and Marie Valenti’s Chevalier D’Eon Resort and later Casa Susanna. Malick’s femme name was at first Jacqueline, but when he and his first wife Bonnie, endowed that name on their daughter, Malick took the name Andrea Susan. Andrea, who had a developing room, became the official photographer for the resort - this was at a time when commercial film developers might react unfavourably.

David/Gail Wilde, one of the richer members, bought Andrea an expensive Roleiflex camera (which cost over $1,000) with the request that Andrea learn how to process color film. Gail also requested a copy of each photograph taken. Gail collected them in expensive albums.

When in 1964 Susanna wanted to make movies, Andrea stepped up with a professional 16mm camera. Two films were shot in the same weekend in Marie’s wig store in New York.

When David Wilde and Joan Bennett decided to move out of Manhattan, it was Jack, already living in Scarsdale, who introduced them to a local real-estate agent. As part of the move Joan insisted that David’s femme persona, including the photograph collection, be left behind. After a night of drinking, Gail’s photograph collection was put out on the garbage, and disappeared overnight.

Malick was the cinematographer on Leo Wollman and Doris Wishman’s groundbreaking Adam or Eve, 1971, which was later recut with additional material and rereleased as Born a Man ... Let Me Die a Woman, 1978, (although Malick is uncredited on the actual prints). He was lighting director or cinematographer on mainly television films through the 1980s and 1990s.

Andrea was a regular at Fantasia Fair in Provincetown. She hosted the Fashion Show many years from 1976.

In 1985, Jack was briefly in the news when his Scarsdale home was burgled and he shot the intruder, wounding him.

In 1991 Andrea was the director and cameraperson on the video Bridges to Beauty which apart from the two producers had a totally trans cast and crew. As the airlines would not insure the camera equipment, Andrea drove from New York to Los Angeles for the gig and then back.

Andrea was nominated Ms Fantasia Fair in 1994, and in the newsletter for that year was described: “Andrea passes very well and travels extensively as her girl self, and has been just about everywhere from Disney World to virtually every city (and supermarket ) in the world”.

In 2013 Andrea visited fellow Fantasia Fair director, Miqqi Alicia in Toronto and was shown the 2005 book Casa Susanna complied by Robert Swope and Michel Hurst containing photographs from the 1960s. Andrea recognized many of them as her own work. She announced herself as the photographer at Fantasia Fair, 2013.

The next April Dallas Denny met with Andrea, and with permission identified her online. Jack’s daughter Jacqueline contacted Harvey Fierstein who was producing the play Casa Valentina. Jack and Jaqueline were invited guests at a preview, and then Andrea and Jaqueline at the premier of the play, April 1, 2014. A presentation re Andrea’s work was prepared for Fantasia Fair, 2014. However a medical emergency forced Andrea into hospital instead. Dallas interviewed her on video in hospital.

Andrea/Jack died at age 75. The 2015 Fantasia Fair was dedicated to her.

The Fantasia Fair Newsletter 96 says “She was one of 37 who attended the first unofficial gathering of CDs in Hunter, N.Y. in 1967”. However under the name Jack/Jacqueline she is mentioned in Katherine’s Diary as being at the Chevalier D’Eon Resort in 1962.

Bonnet p48 says that Jack Malick told her that he was a friend of Stanley Kubrick and worked on 2001: A Space Odyssey, 1968. The credits for the film, which was made in the UK and Spain, mainly at Borehamwood and Shepperton studios, list a team of 11 for Special Photographic Effects, one of whom is ‘John Jack Malick’. IMDB treats this John Jack Malick as a separate person from Jack Malick. Jack’s full name was Jack John Malik (see the Obituary), so if they are the same person, the credits scrambled his name. This site on Jack’s son Gary, claims that Jack won the Best Visual Effects Oscar for 2001. However that Oscar, the only one won by the film, went to Stanley Kubrick.

There is no mention of Jack Malick in Brian Kellow’s The Bennetts: An Acting Family, which has sections on the marriage of David and Joan Bennett.

Jack in the video interview says that when the Wildes moved to Scarsdale, Gail’s photograph collection was put out on the garbage, and disappeared overnight. He assumes that these are what were found by Roberts Swope decades later. Katherine Cummings says that Gail left her books and publications with a friend. Katherine is ‘100%’ sure that the Robert Swope's find is Susanna’s collection, not Gail’s.
Time: 13:09