Jeska, originally from Lancashire, studied physics at Oxford University, and then gender studies at Leeds University. She transitioned in 2000. 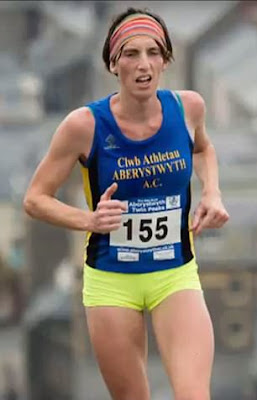 Jeska took up fell running, and was the women’s 2010, 2011 and 2012 English champion, and won the British Championship in 2012. She became a familiar winner. It was an open secret among the runners that Lauren was trans, and she had told some officials.

In 2015 she was told that she would not be able to compete and her racing results would be declared null and void as she hadn't provided blood samples to prove her testosterone levels had lowered significantly, and following this UK Athletics was considering a review into her status as female. All athletes were required to take a blood test but Jeska took exception to this and feared being unable to compete. As a result she risked having her championship results declared void.

She twice asked for NHS psychiatric help, but was not referred to a specialist.

Jeska drove more than 100 miles from her home in Machynlleth, Powys, Wales, to the British Athletic headquarters in Perry Barr, Birmingham. She was carrying three knives, including a 13cm kitchen knife. She asked to speak to Ralph Knibbs, UK Athletics human resources and welfare manager (and former rugby player). She walked up to him and stabbed him several times. Two other men who intervened were also injured. This was capturd on CCTV. The presence of a former Royal Navy paramedic helped to stabilise Knibbs. Although he suffered a stroke during the attack, resulting in partial sight-loss.

The newspaper accounts leave much unexplained. Did Jeska merely study at Oxford and Leeds, or did she have a degree (or 2)? What did she do for a living? In a small town in Powys, one would expect a physics graduate to be a teacher, but Machynlleth is only a short distance from the university town of Aberystwyth.

Why, 15 years after surgery, would a trans woman decline a blood test? Yes it would reveal that she had XY chromosomes, but that was admitted. Her testosterone level should be well below the required level.


There was no way that her attack on Mr Knibbs was going to solve the problem
Time: 09:37