I have already written about Leslie Feinberg’s life.

The book was published by Beacon Press, Boston, owned by the Unitarian Universalist Association, which had been out of favour with trans people after publishing both Janice Raymond and Mary Daly.

The book title uses 'transgender' and in the preface, Feinberg proclaims: "The word I prefer to use to describe myself is transgender". Transgender, not transgendered. In more recent years this distinction has become heated, and as I re-started the book I hoped that ze was anticipating the then future resolution, however as the book proceeds, transgendered is used more. Ze also uses transgender as a noun as well as an adjective – a practice that is nowadays disputed. Ze does the same with intersexual.

Feinberg frequently uses the term bigender (bi-gender) which is popular with the FPE/Tri-Ess people but does not mention the joke form also popular with them: big-ender.

Two paragraphs below we find the mission statement of the book: "I asked many self-identified transgender activists who are named or pictured in this book who they believed were included under the umbrella term. Those polled named: transsexuals, transgenders, transvestites, transgenderists, bigenders, drag queens, drag kings, cross-dressers, masculine women, feminine men, intersexuals, androgynes, cross-genders, shape-shifters, passing women, passing men, gender-benders, gender blenders, bearded women and women bodybuilders who have crossed the line of what is considered socially acceptable for a female body." If a similar list were put together today, it would of course include gender queer and non-binary. The list sort of fits with the last chapter which is a portrait gallery, where there is a woman bodybuilder and a bearded woman performer. But I cannot but think that the vast majority of bearded women and female bodybuilders would object to being located under transgender. However the real issue here is inclusiveness: the dabblers and the part-timers along with the committed.

The tone changes dramatically in the next paragraph. "But the word transgender is increasingly being used in a more specific way as well. The term transgenderist was first introduced into the English language by trans warrior Virginia Prince. Virginia told me, ‘I coined the noun transgenderist in 1987 or ’88. There had to be some name for people like myself who trans the gender barrier’ “. This claim is factually incorrect. I have already written extensively on this, and so I will not repeat the detail here, other than to mention that this endorsement by Feinberg strengthened the myth that Prince had coined the term, and led to very heated refusals of the term transgender, and thus undermined Feinberg's mission. This is my most negative comment about Feinberg's book. 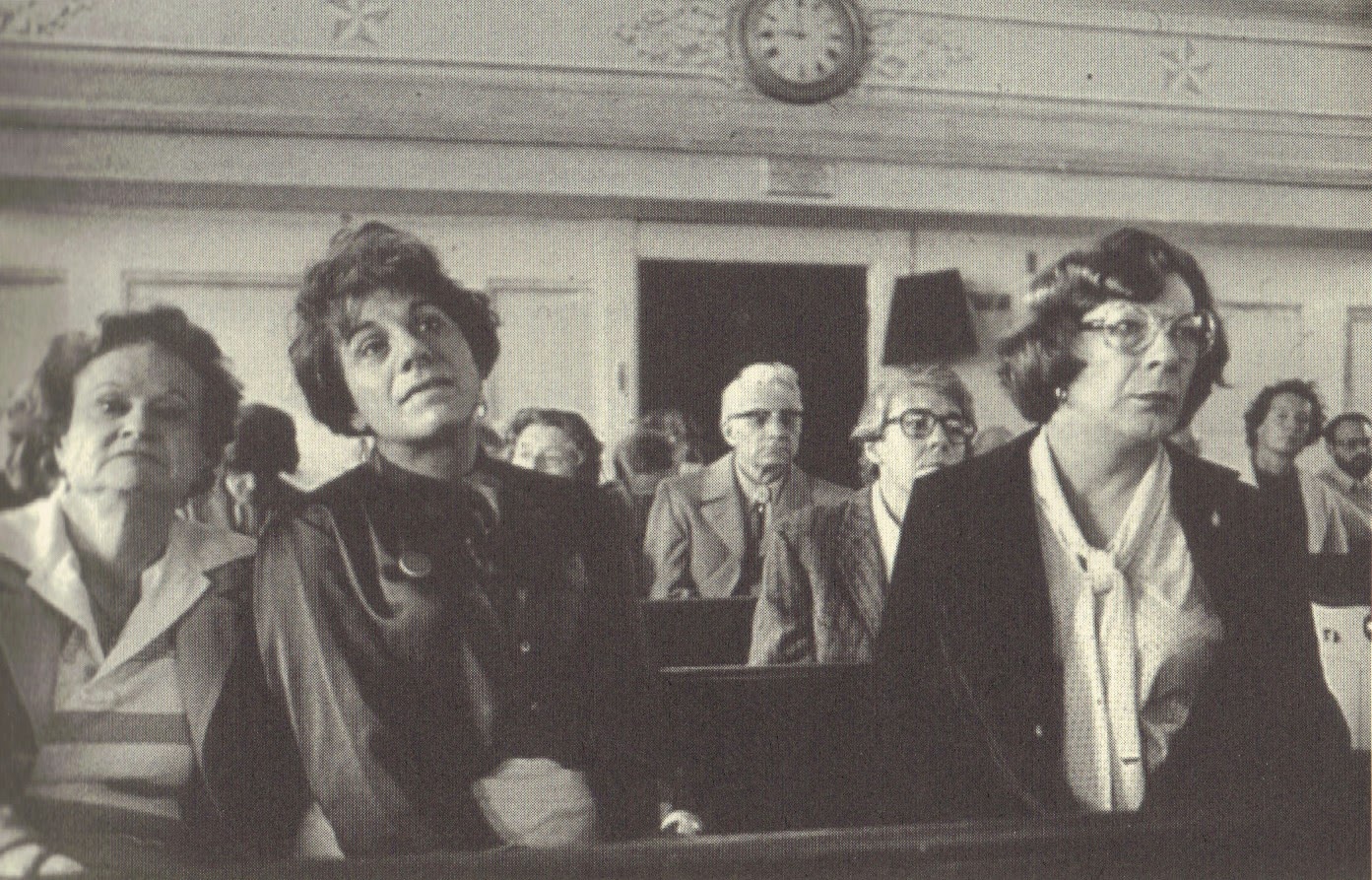 There is no further mention of Prince except for a photograph in the end portrait gallery of her, Ariadne Kane and Maxine Miller attending church at Fantasia Fair. (For some reason the photograph has been flipped left-to-right – see the original in Mariette Pathy Allen's Transformations.)

On the next page, Feinberg comments: "the word trans is being used increasingly by the gender community as a term uniting the entire coalition". Memory of course always deceives, and in retrospect I was surprised to find this in 1996. There is no mention at all of the older forms of trans: tranny or transy. 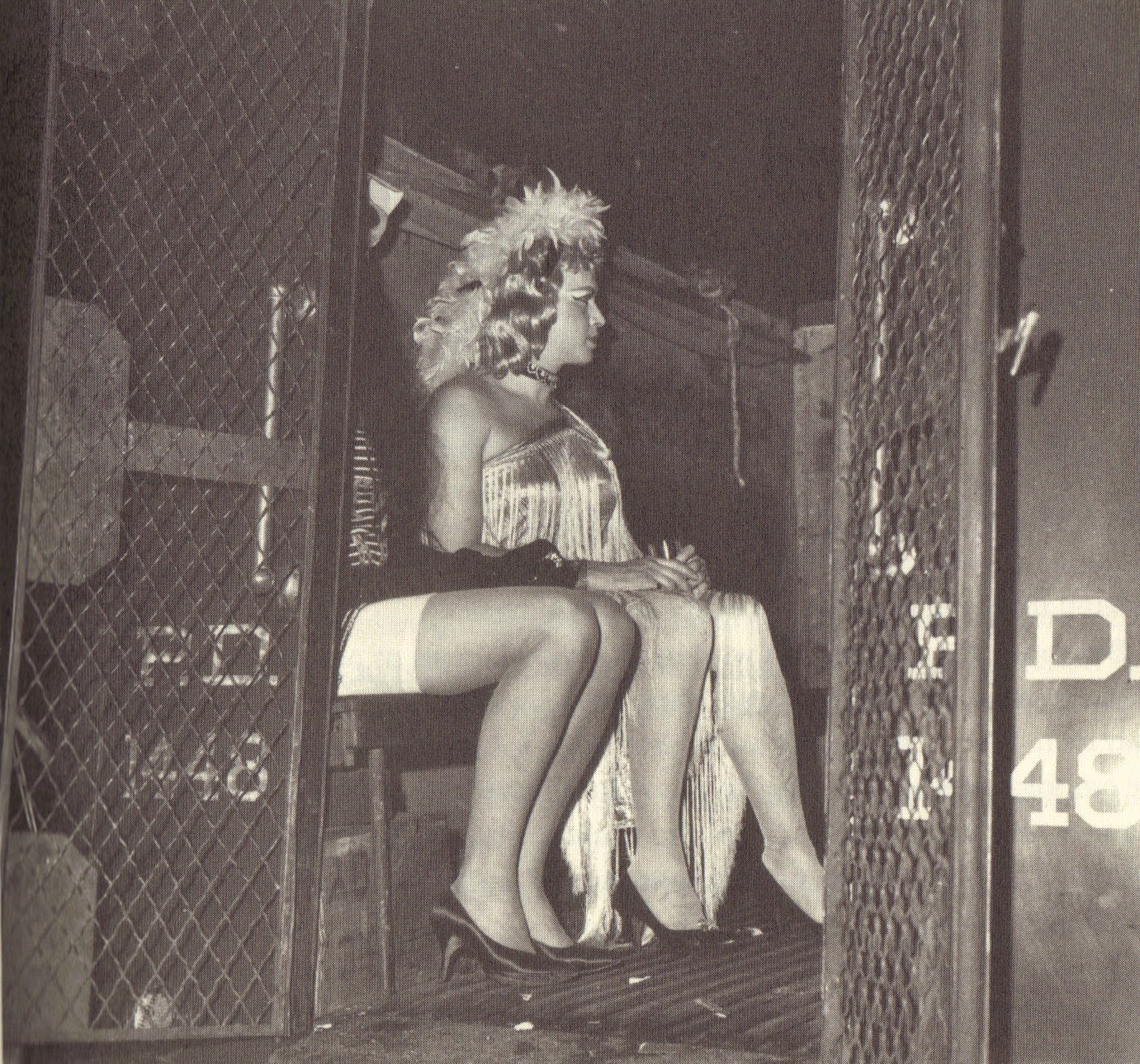 Feinberg has a chapter on the North American Two-Spirit tradition, but without the criticism of the gay male writers such as Walter Williams who regarded Two-spirit as gay rather than trans that we find for example in Pat Califia's Sex Changes. Ze has a whole chapter on Joan of Arc arguing for Joan as transgender. Personally I do not buy that argument, but Feinberg's chapter is one of the best arguments for Joan being so. Ze adds other female-born warriors (in the conventional sense) and monarchs to the chapter: Catalina de Erauso, Angélique Brûlon (Liberté), Nzinga Mbandi, Qiu Jin, Franklin Thompson. However ze also adds the Albanian sworn virgin of Rapsha who was a farmer.

Some of the persons featured are more thought of as gay or feminists. While Feinberg argues for Joan of Arc being transgender, ze merely presents Luisa Capetillo, Assotta Saint, Quentin Crisp, Craig Hickman as being so. Charles Stuart, the young pretender to the British throne is also included despite being a thorough reactionary with no sympathy at all for anything queer. 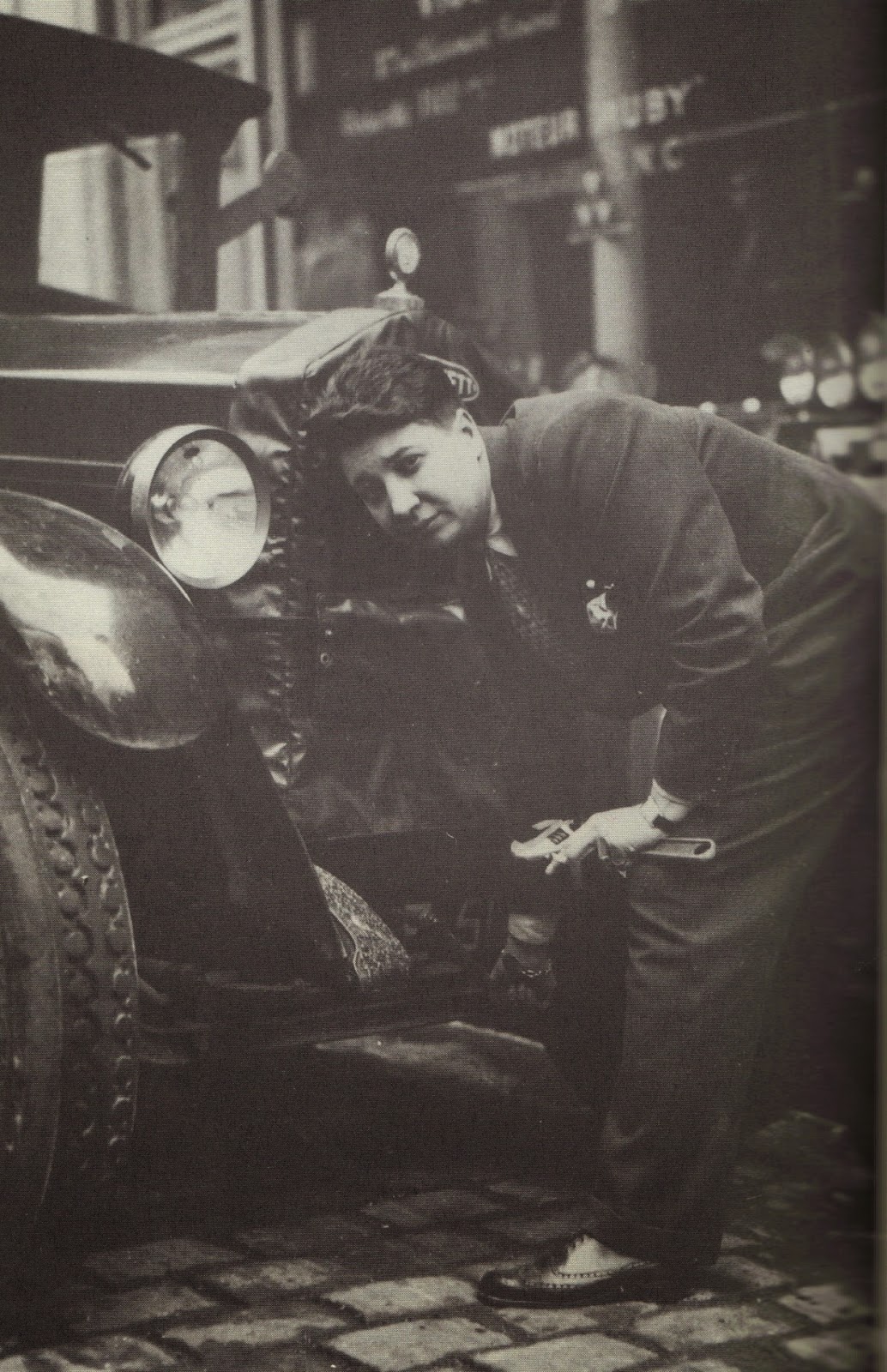 Page 86 is a full page photograph of a man in an expensive suit working on a 1920s car. The person is Violet Morris and Feinberg comments: "Morris sued the French Federation of Feminine Sports for 100,000 francs for withdrawing her license to wear trousers".  Feinberg does not mention that Morris, an all-round athlete, used the excuse of fitting into a racing car to have her breasts removed. Licences to wear trousers were issued by the  Préfecture de Police, but Morris never bothered to apply for one. Morris was rejected for the 1928 and 1936 Olympics on grounds of being too masculine. She was accused of being a collaborator and assassinated by the French Resistance in 1944. Several books, none of them translated into English, argue whether or not she was a Gestapiste.


RuPaul, Joan of Arc's partner in the book title, appears very briefly on pages 96-7, but there is only a photograph and the best known quotes from RuPaul's book, such as "You're born naked and the rest is drag". There is nothing about RuPaul's life or career, and no anticipation to the recent brouhaha (but see below on drag queens in general).

On the next page is a call for gay-trans solidarity: "I understand that many heterosexual transsexual and transgender people have been justly angered by a lifetime of accusations that their sex-change and or gender expression is merely a result of being ashamed to admit that they are gay. No one wants the identity they are willing to live for – or to die for – to be invalidated or misunderstood. But while not all lesbian, gay, and bi people face trans oppression, all trans people experience anti-gay bigotry. To the bigots and bashers, all trans expression is 'queer'. Distancing ourselves from the lesbian, gay, and bi movement will not make us safer."

On page 115, ze writes about drag performance: "I've heard women criticize drag queens for 'mocking women's oppression' by imitating femininity to an extreme, just as I've been told that I am imitating men. Feminists are justifiably angry at women's oppression – so am I! I believe, however, that those who denounce drag queens aim their criticism at the wrong people. This misunderstanding doesn't take gender oppression into account. … There is a difference between the drag population and masculine men doing cruel female impersonations. The Bohemian Grove, for example, is an elite United States club for wealthy powerful men that features comedy cross-dressing performances. Many times the burlesque comedy of cross-dressed masculine men is as anti-drag as it is anti-woman. In fact it's really only drag performance when it's transgender people who are facing the footlights. Many times drag performance calls for skilled impersonations of a famous individual like Diana Ross or Judy Garland, but the essence of drag performance is not impersonation of the opposite sex. It is the cultural presentation of an oppressed gender expression."

Like most books, Transgender Warriors, was a product of its time, the mid-1990s. However it was a book needed at that time, and many of the issues within are still being argued over. A re-reading is certainly fruitful.
Time: 14:44