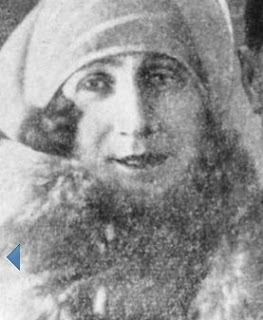 From Kazan, Tartarstan, USSR, K was diagnosed as a ‘transvestite’ in 1937.

She was given permission by the People’s Court to wear female clothing, her identity papers were changed to her female name, and her name was removed from the military recruitment rolls.

She was featured in a 1957 gynaecology textbook.