Trans Scotland - a Timeline: Part III - after the GRA

Part I: to to the Wolfenden Report

Part III: after the GRA 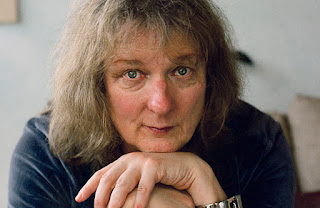 The wife of Edinburgh resident Jo Clifford died. Despite being grief-stricken, Clifford was now able to make the decision to transition. 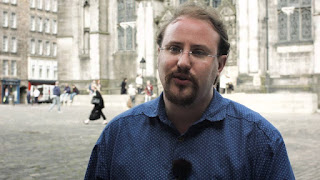 Edinburgh native James Morton was 24 years old when his employers realized he was trans after he applied for a pension scheme requiring him to provide a birth certificate. A data protection error outed him to colleagues, who began asking Morton about his private parts and "made offensive jokes at my expense”. 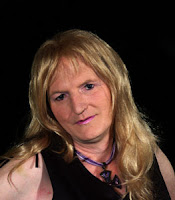 Nicole Dolder was co-founder of the Edinburgh theatre group, The Luvvies, and her first part was as Mrs Madrigal, the trans landlady in Tales of the City.

Scottish Transgender Alliance was formed, led by James Morton and was funded by the Scottish government.

Nicole Dolder. The Luvvies presented her play Painted Eggs, based on her own experiences as a transsexual.

Sex Discrimination (Amendment of Legislation) Regulations 2008 extended protection from discrimination on grounds of gender reassignment by banning direct discrimination and harassment by most providers of goods, facilities and services in the UK.

Sexual Offences (Scotland) Act 2009. Definition of ‘consent’ to sexual activity and ‘rape’ were now applicable to men and trans women, and the Act introduced a statutory offence of rape with an object (previously, this would be classed as indecent assault, a less severe crime). It also abolished the old 'homosexual offences' of sodomy and gross indecency, and amended sexual offences law to avoid discrimination in terms of gender and sexual orientation.

Offences (Aggravation by Prejudice) (Scotland) Act 2009 allowed for non-binary persons with the wording “any other gender identity that is not standard male or female gender identity”.

Jo Clifford. Jesus, Queen of Heaven. The play was staged at the Glasgay! Festival  It portrayed Jesus as a trans women, with Jo playing the role herself. It was strongly condemned by various churches, which resulted in the sale of all remaining seats. It has since gone on to international success.

Transformance, a performance of stories from transgender lives, was directed by Jo Clifford and staged at the LGBT Centre in Glasgow.

Mark Ravenhill directed A Life in Three Acts, in Edinburgh. The Life of Bette Bourne.

Jo Clifford. Sex, Chips and the Holy Ghost, which features a transsexual nun and a gay priest.

Paris Green, in the early stages of transition, and two others were convicted of murdering a fourth after a petty disagreement. Green, sentenced to 18 years, was sent to Cornton Vale prison for women, the only such prison in Scotland. It was also announced that transgender surgery would be arranged for Green on the NHS, which would have to be in England. The victim’s family, supported by some politicians, objected that Green should lose her right to transgender surgery as part of her punishment. Soon Green was found to be having sex with other inmates, and after warnings was moved to the women's section of Edinburgh's Saughton Prison.

Scientist Kate Stone, while on a new-years break near Fort William, was chatting with friends after returning from a ceilidh when she was attacked and gored in the throat and chest by a stag that had gotten into the fenced garden. Kate was airlifted to the Southern General Hospital in Glasgow, where she was put into an induced coma. She survived.

Chris Wilson, Edinburgh, was convicted of ‘obtaining sexual intimacy by fraud’ for not telling his girl friend that he was trans, was put on the sex offenders register and was facing jail time.

Michelle McDonagh, 54, Edinburgh, pub manager and ex-Hell's Angel rocker, began transition after dying wife urged her to be herself.

Sandra MacDougall, then 63 and having moved to Glasgow, was in the news in that her pension had been suspended because she did not have a Gender Recognition Certificate and had not reached the male retirement age. However after her story was in the press, her pension was restored. Newsarticle.

Free Pride, Glasgow, first banned drag queens for being ‘offensive’ but then admitted their mistake and will now welcome any performers of any gender.

Sarah Franken performed at Edinburgh Fringe, just before reverting back to being Will Franken.

Philippa York, in a statement in Cycling News, confirmed that she was previously the cycling champion Robert Miller.

October: Sophie Xeon. “It’s Okay to Cry”. Single. The first time her voice and image were used in a release, with Sophie appearing nude from the bust up against a backdrop of clouds. This was widely interpreted as a coming out announcement as a trans woman.

Sandra MacDougall was featured again in the Daily Record, which led to 100s of messages of support. LGBTNation.

Drag king artist, writer and educator Diane Torr, raised in Aberdeen, who had achieved fame in New York’s drag-king scene, and was also a visiting lecturer at Glasgow School of Art, died in Glasgow age 68 of a brain tumour.

Against a background of growing transphobia in the English press, Scotland's government launched its own consultation on the issue of gender recognition. A coalition of Scottish women's organizations -- including Engender, Scottish Women's Aid and Rape Crisis Scotland -- welcomed the law's reform saying that they "do not regard trans equality and women's equality to be in competition or contradiction with each other." They added that refuges had already been providing "trans-inclusive services" for the past six years, which "has not given rise to any concerns or challenges".

While The Times ran a lot of anti-trans stories in its English edition, many of them were filtered out from the Scottish edition.

Gender Representation on Public Boards (Scotland) Act 2018. Legislation to increase women’s presence in government agencies and public commissions. Some cis women took objection to the clause: “The Act does not require an appointing person to ask a candidate to prove that they meet the definition of woman in the Act” in that such would constitute self-definition.

Katherine O’Donnell, night editor at The Times Scottish Edition, made redundant after the Scottish Office was closed, and turned down offer to relocate to London. She sued claiming discrimination and a “toxic environment for trans people” at the newspaper. The employment tribunal ruled in favour of the newspaper. Guardian.

James Morton stepped down as manager of Scottish Transgender Alliance.

Sinead Watson regretted her double mastectomy three years before and five years on male hormones, and has returned to living as female.

Edinburgh novelist, J.K. Rowling, author of the Harry Potter series, objected to the term ‘people who menstruate’, and when accused of being a TERF wrote an essay about how she is a survivor of domestic abuse and sexual assault from a cis man. 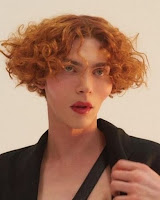 January: Sophie Xeon died after a fall from a roof in Athens, age 34.

First Minister Nicola Sturgeon said transphobia should be treated with zero tolerance in the same way as racism or homophobia. She would move to a self-declaration model removing the need for a diagnosis of gender dysphoria, and lower the age for applying for a gender change to 16. However 15 senior SNP politicians objected. The Green Party backed the proposed changes with the party's co-leader, Patrick Harvie, claiming that transphobia has grown worse in Scotland because of Ms Sturgeon's failure to turn "words into actions".

SNP MP Joanna Cherry removed as the Party’s home affairs and justice spokesperson after she expressed concerns about gender issues.

The Court of Sessions considered whether expanding the word ‘women’ to include trans women was discriminatory with reference to the 2018 Act.

The following were consulted: