​Will Franken was raised in Sedalia, Missouri, with a “hyper-masculine” father who had been with the US military in Vietnam. His sisters dressed him as a girl, which he enjoyed. He learned to become a comedian. When he got his first car he was thrilled that he could drive to another town to buy women’s clothing. Then father discovered a pair of women’s shoes which led to a confession and being called a ‘faggot'.

Will did a degree in English with a specialization in Restoration and 18th century literature, and afterwards taught high school in New York City while pursuing an acting career. He developed comedy routines inspired by Monty Python and Kids in the Hall.

He lived in San Francisco from 2002, and lived as Sarah for three months, but still gigging as Will. It was disconcerting that Sarah was addressed as 'sir'. Sarah got married to a woman:


“We each had three bridesmaids”.

However Will was gaining recognition as a character comedian:


“I was more obsessed with my career at that point and felt being out as transgender would limit me”.

While in San Francisco, Franken was awarded "Best Comedian" of 2005 by the SF Weekly and "Best Alternative to Psychedelic Drugs" by the SF Bay Guardian. He later made a television debut on BBC America's “The World Stands Up,” a showcase of UK, American and Australian comedians.

In 2013 Will emigrated to England, at first living in North London, and becoming known on the comedy circuit.

At the age of 42, Franken moved to Bethnal Green, and, as Sarah, started to make new friends. Initially she had a rule that she was Will on gig days, and otherwise Sarah, but then worked up the courage to perform as Sarah. As Franken was known for switching from character to character while performing, it was hard to persuade audiences that Sarah was not just another character:


'Hello, I'm Sarah and I'm going to do some character comedy for you tonight. And this is not a character by the way... It's the first time I've ever come on not in character.'

Overall Sarah’s gigs went well. The Guardian ran a story on her, which caused a ripple of publicity and enquiries from various media.  She – 6’5”(1.96m) - did get negative comments in the street, but in many cases was able to use the incidents as material for her show.

She never started on oestrogen.

Overall Franken’s act did not change:


“In fact, in many ways, being Sarah allowed me to get across some necessary conservative perspectives quite foreign to the artistic milieu. … As always, I defended free-market capitalism and argued against the proliferation of radical Islam—although at first with considerably less expletive-laden shouting than I would have engaged in as Will.”

However after seven months Franken reverted. As Will/Sarah was to some extent a public figure, he wrote an essay, “Seven Reasons for Will's Return”. He summarized it in The Independent:


“My exasperation at public abuse, the disarming prospect of no longer attracting females, and a lingering resentment to what I perceived as an oversight of my comedy in favour of the identity politics du jour: transgenderism… I was frightened, angry, lonely, confused – and, perhaps worst of all, bored. Utterly bored with the topic of transgenderism”.

Will received a number of negative comments that criticised him more for his reversion than for his political opinions, and – as he responded in an article for The Federalist: 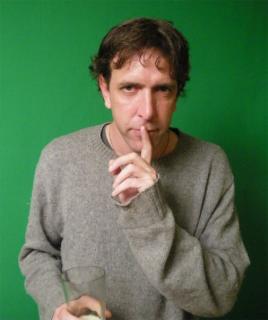 “Unwittingly, I have become a threat to a prewritten collective narrative. My choice to live again as a man implies there may be others for whom the trans lifestyle is a choice. Perhaps the fear and anger emanating from the activists is twofold. On the personal level, there’s a fear among some in the trans community who are likewise uncertain about their own decision and are reticent to address the personal responsibility of choice that is part and parcel of that uncertainty. … Especially if loose cannons like myself keep making up their own minds about what do with their own lives. Choice is rebellion. Choice is rock-n-roll”

The Wikipedia page was removed in December 2018 for lack of notability.


If you must read the negative comments see the 28/12/2015 Independent article.

There are various videos of Franken performing at WillFranken.Com and on YouTube.  ​