Three dancers in the mid-1960s who went for completion surgery

These are only snapshots. We know no more.

Born in  Serbia, Zorana worked as a chorus girl from 1955, and then as a belly-dancer in a night club. In 1967 she was a car accident, and was outed by the doctors at the hospital. Thus out, she applied to the Yugoslav 4 government to have a sex change operation. 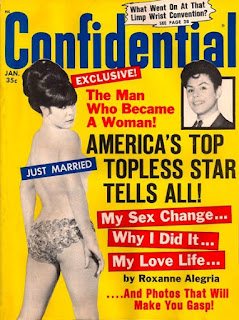