I wrote in June 2015 about Robert Allen who was an assistant to legendary 1940s film directors Michael Powell and David Lean,  transitioned in 1944 with a revised birth certificate and married his girlfriend.  He then retrained as a radiologist.  He published an autobiography in 1954.

Chris 0'Rourke has contacted us to point out the back page of the Daily Mirror 30 August 1957.

From this we learn that Robert was divorced from his first wife.  Remember this was before the Divorce Reform Act 1969 which introduced no-fault divorce.   The law then in effect was the Matrimonial Causes Act 1937 which required demonstration of adultery, desertion, cruelty etc.  In addition Robert had become a Catholic in 1951.   So the divorce is certainly not explained.  Note that the second marriage was in Congregational Church. 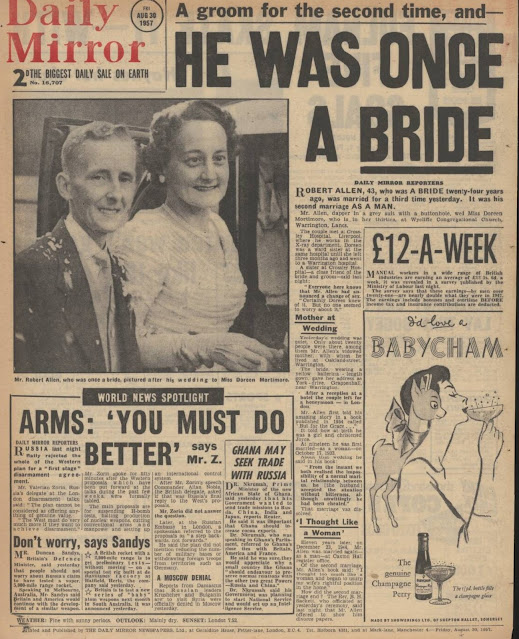