Sampaio, from Aquiraz in the province of Ceará, in the north-east of Brazil, was using the name Valentina by age 10. She was accepted as a girl by her parents, a fisherman and a schoolteacher, and by the local community. 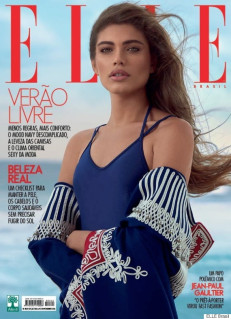 At college in the nearby provincial capital of Fortaleza, she studied architecture, at the same time as she was doing modelling work. She was fired from at least one gig specifically for being trans.

However, barely 19 years old, Valentina went from doing local shows and photo shoots to being in São Paulo Fashion Week, and being on the cover of Elle Brasil and L’Officiel Brasil. She had to file a lawsuit to rectify the name and gender on her identity documents, but had a favourable ruling.

International recognition came when she was on the cover of Vogue Paris, March 2017, with the by-line: ‘Transgender beauty: How it’s shaking up the world’ and with an editorial inside.

She acted in the film, Berenice Procura, 2017, and is a spokeswoman for L’Oreal Paris. 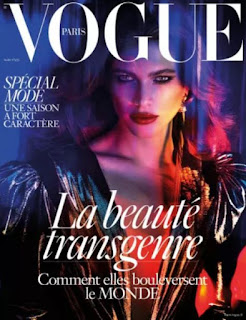 
Only one week before the issue of Vogue Paris with Valentina on the cover, another trans woman in Forteleza, Dandara dos Santos, 42, was brutally murdered; the crime was recorded on a phone and uploaded to the internet. In this case at least, the killers were convicted and sentenced to 16+ years each.
Time: 15:58