Paul Doulman grew up in Bathurst, New South Wales, a farming community known for the Mount Panorama motor racing circuit. Like most males in Bathurst he became involved in the car-racing culture. He later moved to Sydney and became a bus driver.


"Paul's initial appeal to me was that he seemed to epitomise the typical Aussie bloke in so many ways yet she had no doubt that she was a woman. I was interested in exploring the contrast between the butch, male exterior and her inner feminine world."

With a camera, Ruth followed Paul who became Julia over a period of two years. Julia was filmed having her hairline lowered, having voice lessons, makeup lessons and dress advice. She changed her legal name, and then changed bus garage so that her new co-workers knew her only as Julia. It is stated but not shown in the film that her family have rejected her. The film also shows her realizing that becoming a woman does not mean that she has to reject her past as a petrol-head, and she is shown attending a race meeting, where she gains the fastest lap time, and is addressed by one and all as Julia. However she does exchange her off-track car for one that she considers to be more ‘girly’. 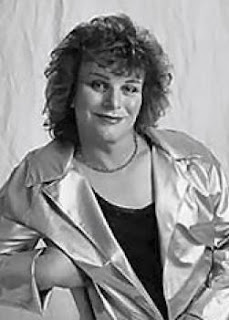 After filming was complete, Julia lost her bus driving job after abuse from passengers led her to respond. However she then found a job driving for a private bus company.

The film, Becoming Julia, was shown at the Sydney Film Festival in June 2003, where it received a standing ovation. In October Julia returned to Bathurst for a screening which again was well received (although her family stayed away). In April 2004 the film was shown on the SBS television channel.


*Not to be confused with Being Julia, a 2004 commercial film based on a Somerset Maugham story; nor with the novel Becoming Julia by Chris Westwood; nor Becoming Julia de Burgos by Vanessa Perez Rosario; nor the play Becoming Julia Morgan, about the California architect; nor Just Julia, the autobiography by UK trans woman Julia Grant (who was featured in the 1980 BBC pioneering documentary A Change of Sex).