James Dawson, from Bingley, Yorkshire, went to the University of Bangor (previously the University College of North Wales), moved to Brighton, Sussex, and became a school teacher of personal, social, health and economic (PSHE) education. He lived as a gay man.

He wrote young adult novels with gay characters. He also wrote the well-received Being a Boy, 2013, a guide for boys going through puberty. In 2014 Dawson wrote in the Guardian:


“I was unaware gay people even existed and, when puberty hit, found myself more than a little lost. I so dearly wish there had been just one book with a character who was a bit like me – just a normal teenage guy who happened to be gay. I would have especially loved one whose sexuality did not define him.”

The same year, he became the first male winner the Queen of Teen award where the shortlist are all nominated by teenage readers, who then vote for the winner.

Dawson published This Book is Gay for lesbian, bisexual, gay, queer, transgender or just curious persons, but mainly for teens and young adults. By this time Dawson had begun a gender transition. In 2015 she announced that she was transgender and that her name was Juno. Most of her books were re-issued with her new name (but not Being a Boy).

She was signed to write a column in Glamour magazine to document the experience of transition.
In an interview with Attitude magazine, May 2017, Juno says


"I think there are a lot of gay men out there who are gay men as a consolation prize because they couldn’t be women. That was certainly true of me."

She describes her identity as a gay man as a 'personal misdiagnosis', and believes that it is a more common phenomenon than one may think. 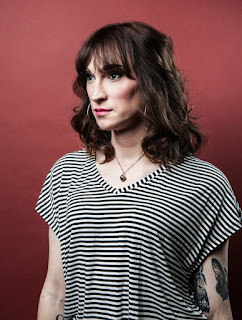 For her Glamour column, Juno interviewed the plastic surgeon Christopher Inglefield who does work for trans persons.  She was considering facial feminization surgery. She was then invited to be part of the ITV 3-part series documentary, Transformation Street. She is featured in episode 2. It fell to her to help educate the television crew on limits, such as the inappropriateness of childhood photographs. Initially the program was to be called Sex Change Clinic, and Juno had to make a fuss to explain that such terminology is outmoded.

Juno’s most recent book is The Gender Games: The Problem With Men and Women, From Someone Who Has Been Both, which restates for another generation that gender is a system of oppression for cis and trans both, mixed with autobiography.

*Not the US Actress, nor the other writers called James Dawson.
Amazon Author Page     EN.Wikipedia     Glamour

This book is gay contains the following diagram which I think is kinda neat: 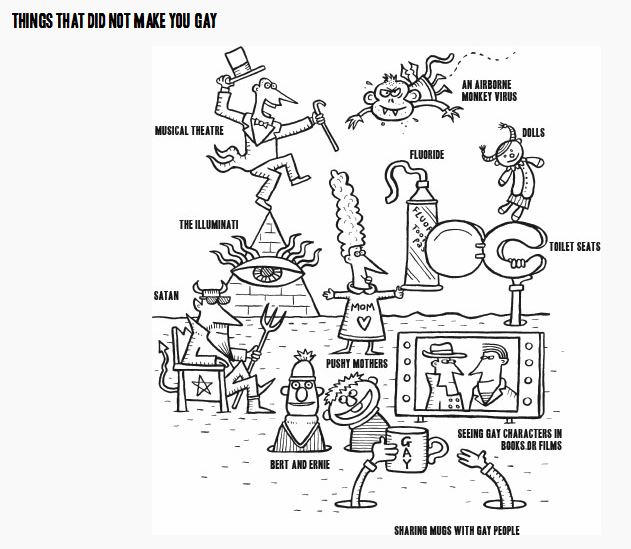