The child of a police officer in Nan province, Suanyot transitioned at 13, using the name Yollada and completed surgery at 16. She did a science degree at Thammasat University, followed by a masters in political science and a doctorate in social science at Ramkhamhaeng University.

She worked as a model and as a beauty queen. She also did commercial voice-overs and ran a jewelry business and a home-shopping channel.

In 2005 she won the position Miss Apza Transvestite (Miss Alcazar Purple Star Award). Later that year Sony BMG announced that they would sponsor an all-kathoey pop group, Venus Flytrap, and auditioned 200 applicants. One of the chosen five was Yollada, who took the name Nok, and was known in the group as Posh Venus. They released their first album in November 2006. Nok left in 2007. 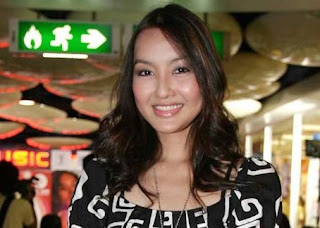 Yollada was a founder and chair of the TransFemale Association of Thailand. In 2012 she was elected as an independent (under her male name as required by Thai law) to represent  Mueang Nan District on the Provincial Administration Organization of Nan Province. She had the responsibility to oversee and inspect whether the provincial management's works are appropriate and transparent.

In 2013 she was awarded by the Women's Voice Association of Thailand. The award recognises people who play a crucial role in promoting and improving the role of Thai women.

Her partner is a trans man.