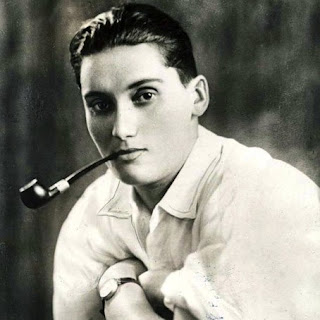 Sir Victor Barker DSO settled in at the Grand Hotel, Brighton. He visited a gentleman’s outfitters and purchased two or three suits, including a dress suit for evening wear, shirts, collars ties, etc. The asset sales from the farm and the sale of his mother’s jewellery, and his small annuity would carry him for the time being. His three-year-old son was cared for elsewhere in Brighton. He participated in tennis, swimming and horse riding with the other hotel residents.

Elfrida Haward arrived on the second day. Barker had explained:


“I told Miss Haward that I was not what she thought I was; I told her that I was a man who had been injured in the war; that I was really a man acting as a woman for family reasons. I made some excuse about it being my mother’s wish, and she believed it.”

The son was explained as with a first wife who had died, and the daughter was of Peace Crouch and his wife from whom he was now separated. Barker did concede though that


“I think that she had some doubt as to my being a baronet. I explained that I had dropped the title while living on my farm, but had assumed it again in the hope that it might help me get a job. I don’t think she swallowed this tale, though she never said much.”

Elfrida would later claim that she did not know that he was a woman until the trial and she understood that Victor could not have 'normal relations' because of an abdominal wound received during the war.

However Victor's previous persona, Mrs Peace-Crouch, had patronized the shop. Victor Barker was able to convince Elfrida's father that he had lived much of his life as a woman because his mother had always wanted a girl and had taken advantage of the death of the father to impose this whim. However he had also been an army Colonel, had served with the British Expeditionary Force in France, and had been awarded a DSO.

However, once this tale was digested, a new problem arose. The young man – albeit supposedly a woman – had spent a night with Elfrida in her bedroom. To avoid scandal they must marry. For Elfrida, this was a good match: a tradesman’s daughter and a knighted military man. However her parents, while permitting the marriage did not care for Sir Victor. They cancelled their plans to settle a sum of money on Elfrida at marriage.

Because the parents did not care to wait through the customary reading of banns on three consecutive Sundays, Victor applied for a marriage license. To do this he had to produce both their birth certificates, and make a sworn affidavit that


“he believeth that there is no impediment of any kindred or alliance or of any other lawful cause, or any suit commenced in any Ecclesiastical Court to bar or hinder the proceeding of the said Matrimony according to the Tenor of such licence”.

The impediment of alliance was not mentioned, nor was his biological sex; and a forged birth certificate was produced. Victor and Elfrida were married 14 November 1923 at St Peter’s, the parish church of Brighton. The ceremony was performed by the curate as the vicar collapsed and died while running for a bus that very morning.

From a meeting at the Grand Hotel, Barker became involved in the Brighton Repertory Company where he was paid 10/- a week. However his lifestyle required more. He opened an antiques and second hand furniture shop in Andover, Hampshire. He also bought a .32 Webley pistol and obtained a certificate for it. He sang in the Andover choir and played with the local cricket club. However he did not know much about antiques, they left town owing £457 to a fellow officer.

Barker did have some success as an actor. Using the stage name of Ivor Gauntlet, he obtained parts in touring productions playing against famous actresses such as Mrs Patrick Campbell and Dolores. However his voice broke down after the strain of singing in a low register.

And Ivor Gauntlet soon had creditors. A tailor in Birmingham was claiming £40/13/-. An actor was public and easy to trace. Victor Barker resorted to paid employment: farm manager (3 months), kennel manager (1 month) and labourer in a brick works where he contracted chicken pox. Elfrida nursed him back to health.

However by this time she had had enough and went back to her parents, and working in the chemist shop. Barker took rooms in Soho.

Either because of a misdelivered letter, or on the suggestion of a fellow resident, in late 1926 Barker came into contact with Colonel Henry Rippon Seymour, the leader of the National Fascisti, a splinter group from the British Fascists. He became the live-in secretary of the group and gained the flat above their offices at 5a Hogarth Road, Earls Court. At that time the National Fascisti had a membership of less than 400.

Barker was in his element. He often wore his medals (actually those of Pearce-Crough), gave fencing and boxing lessons to the young recruits, and advised them of the folly of getting mixed up with women.

On 8 March 1927 a small group of fascisti, mainly from the Croydon branch, dissatisfied with Seymour’s usurpation of leadership, burst into the offices. Seymour grabbed his sword, and the Webley pistol from the drawer of the desk and threatened to shoot the first man.

The police arrived. They took possession of the pistol. Seymour appeared at the West London Police Court the next day and pleaded guilty to common assault and possessing a firearm. However the magistrate directed that the second plea be withdrawn when it was clarified that the gun was Barker’s. It was a Webley pistol, but not the same one as on Barker’s certificate from Andover. He was charged with “uttering a forged firearm certificate”.

At the trial in July Barker presented with his eyes swathed. His counsel explained that ‘temporary blindness owing to war wounds’ had flared up. He was found not guilty and discharged.

His firearms certificate was cancelled; he quit the National Fascisti; the Public Prosecution Office wrote to the War Office to ascertain Colonel Barker’s war record; they discovered rumours from Andover about a woman masquerading as a man. However the Prosecutor’s Office dismissed the rumours about a woman, and did not proceed.

Also in July 1927, Tom Barker died of tuberculosis, age 28. He left £1,000 to his sister Valerie. This enabled Barker, and a second Mrs Barker, to rent an expensive flat (£295 per annum) in Mayfair, and employed a valet. His son came to visit regularly, but the current Mrs Barker was always sent away on these occasions.

Barker often held dinner parties for officers whom he had met while in the National Fascisti. From this grew the idea of a fellowship for the British survivors of the Battle of Mons, August 1914. The inaugural dinner was held in Barker’s flat 17 December 1927 with fourteen veterans. However the events proved so successful, that they had to be moved to a hotel.

This was done in association with Colonel Neave, who in fact had been present at Valerie's wedding to Harold Arkell-Smith, but who was completely convinced by Colonel Barker's knowledge of military manoeuvres. Some thought that Barker looked a bit odd, but when he talked about his experiences in the war, he was completely convincing.

With of the success of the Mons dinners, Barker felt that he could run a restaurant. In February 1928, he found one to lease just off Charing Cross Rd, and renamed it Mascot Café. The Daily Sketch received an anonymous tipoff that Colonel Barker was really a woman, and sent a reporter. Twice he engaged Barker in conversation, but was unable to fault his manhood.


However the café did not thrive. He owed a considerable sum in back-rent and the landlady was losing patience. He surrendered the café, moved to cheaper accommodation and found a job as reception clerk at the Regent Palace Hotel.

Rose Collis' biography of Barker, the most reliable source, definitely states that the two guns were Webleys.   However the EN.Wikipedia on the National Fascisti insists it was a colt,   It does not cite Collis at all, but relies on Martin Pugh's Hurrah For The Blackshirts!: Fascists and Fascism in Britain Between the Wars, 2006, but this merely says 'revolver'.  (Pugh, for some reason refuses to be polite, and uses female pronouns throughout). This EN.Wikipedia article summarizes Barker's involvement:  "In 1927 a leading member was "Colonel Victor Barker", who was actually a cross-dresser by the name Valerie Arkell-Smith. Her fellow National Fascisti members did not know she was a woman and treated her as a man and she became secretary to Rippon-Seymour as well as training members in the boxing and fencing clubs."  This of course distorts the issue and misses the point.

Surely Seymour could have pleaded self-defence.

The EN.Wikipedia page on English Fascists includes Valerie Arkell-Smith but not Victor Barker.