Originally from Missouri, where his first social musical experiences were at roller-discos, Terre moved to New York at the end of the 1980s to study fine art, and became a DJ immersed in the queer house scene.

Terre became a resident at the trans hangout Sallys II. Sallys was a


“site of education, where people could share information about their transitioning experiences. There were times when you really learned things on a political level, on a social level – that’s what’s interesting. Music is usually one of the least interesting things about clubs. (quoted in Hutchinson)”

Terre was fired from Sallys and other trans clubs for refusing to play music that was in the charts, particularly “wailing diva stuff”. By 1994 Terre was known as a composer in the ambient/ computer synthesis field, and established her own Comatinse label. By 1998 she was also releasing music as DJ Sprinkles.


“Anti-essentialist transgenderism is about an appropriation and recontextualization of cultural signifiers around gender. Anti-essentialist refers to an outlook that does not believe in an inherent "essence" or content, as opposed to an essentialist transgendered outlook that one is "trapped" in the wrong body, etc. I think computer synthesis is also very much about appropriation and recontextualization, drawing from external audio sources and materials much like quotations in a book. There is no essentialist core of creativity, or sense of originality - but there can be an awareness of difference and change. So from my experience, transgenderism and computer synthesis definitely have resonations between them. When you ask about fetishization, are you asking about people fetishizing or tokenizing my music as "Queer" above any other contents? I haven't really seen that happen.

I like to think when I talk about Queer issues in my projects they arise in a complex way that doesn't reduce easily. Queer sensibility, as opposed to Lesbian and Gay sensibility, is also about anti-essentialist appropriation (the appropriation of a derogatory term to reference a notion of one's sexuality being inextricably tied to a larger social condition) and notions of pan-sexual diversity, not rigid Heterosexual vs. Homosexual binarisms. To be honest, I'm not sure how much of that gets across to people who equate Queer with Gay, but I haven't really sensed any problems with negative over-simplification. All of these ideas are simultaneously about processes of identification and processes of transition between points of identification, so that inability to solidify an essentialist identity can lead to misrepresentation or offending those with essentialist outlooks, but you can't worry about that or it will socially paralyze you.” 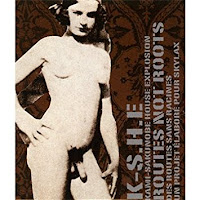 Terre moved to San Francisco and then to Japan, where she released material under the K-S.H.E. alias. On the Routes Not Roots album, one track, ”Saki-Chan”, incorporates a monologue from a Japanese transsexual, and in “Stand-Up” Thaemlitz tells how she was beaten senseless by Latino queens in New York. Terre has become an established figure in the Japanese house scene, and many of her releases are Japan-only. 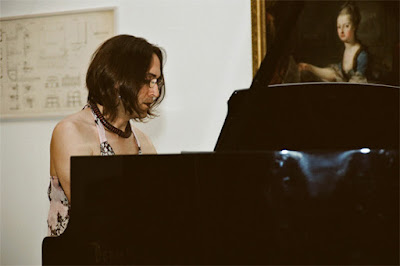 In 2004 she recorded Trans-Sister Radio for radio. Her 2012 album Soulnessless is the “world’s longest album in history”, a 29-hour piano solo split into five cantos. It was released on an SD card, and comes with a 150-page commentary.


“It seems that the queer factor of today’s house events is really low,” she says. “If you’re in the US and it’s a straight, white club then it’s just a fucking nightmare. These events are the celebration grounds for heteronormativity. There is a historic connection between queerness and deep house, and also things like transgenderism and vogue, that, to me, was really important – and it’s utterly absent.” It’s not just about the music having broader appeal, either: “It has to do with this cultural shift away from the necessity to actually have clubs function as safe spaces for different types of sexual enactment. (quoted in Hutchinson)”

Carlos Pozo asked: “Is Terre Thaemlitz your real [sic] name?” And got the answer: “Yes, the family name was a little mangled by US immigration several generations back (it was originally Thamlitz). As for the spelling of my first name (pronounced "Terry"), I think my parents were trying to name me after St. Teresa of the Roses, but they didn't want to spell it "Terri" because that's for GIRLS, and they didn't want to spell it "Terry" because that refers to St. Terence, or something weird like that. This whole gender-ambiguity thing goes way back! It's made for lots of free tampon mailings over the years.”

Terre suggests to Kate Hutchinson that “if pronouns really have to be used, Terre is ‘she’ and Sprinkles is ‘he’”.