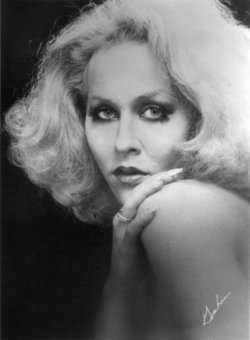 Steven Renner from Texas moved to St Louis and became a transgender performer as Bobbie Holliday, and winner of many gay pageant titles.

She then moved to Atlanta, had gender surgery, and changed her legal name to Jennifer North.

She died of complications from Aids.


*Not Jennifer North in Valley of the Dolls.

It is rather insentive of LGBT St Louis to put the Find-a-Grave entry under her boy name rather than either her legal name or her professional name.