Originally from New Orleans,  Sir Lady Java had been working in Los Angeles for two years in 1967, and was then performing and waiting at the Redd Foxx Club. She was billed as "The Prettiest Man on Earth". It was said that she had dated Redd Foxx and Sammy Davis Jr.

The Los Angeles Police Department (LAPD) decided to enforce their Rule 9, whereby it was illegal for performers to impersonate by means of costume or dress a member of the opposite sex unless they had a special permit issued by the LA Board of Police Commissioners. They told the club owner that he would lose his license if Lady Java continued to perform, and her act was dropped. She teamed with the American Civil Liberties Union which challenged the rule as unconstitutional. Meanwhile Lady Java protested outside the club that the rule deprived her of her livelihood, and was favorably reported in the LA Advocate (later The Advocate) and Jet Magazine.

The legal challenge was thwarted in that only a club owner could file the appeal: the Redd Foxx Club owner would not, nor would any other club owner. However in 1969 another club owner did appeal the LAPD rules that prevented him from showing movies on the grounds that the interpretations of the rules were arbitrary and shifting. The California Supreme Court agreed and struck down the movie license rules. The LAPD Commission realized that all such rules could be challenged, and quietly informed the club owners that drag shows were now permitted.

In August 1971, Lady Java was guest of honor at the Alpha Chapter (Los Angeles) of the Full Personality Expression (FPE) showing that the chapter was more open-minded than FPE's national spokesperson, Virginia Prince.

Lady Java had a part, on effect playing herself, in the 1976 film, The Human Tornado. She is kidnapped and then rescued. 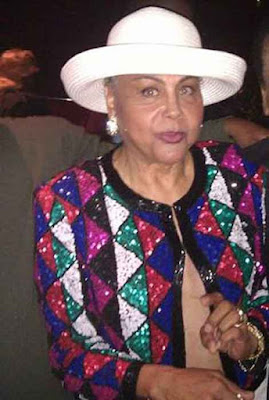 Was Redd Foxx the owner of the Redd Foxx Club?   None of the source items seems to know.

In 1964 Felicity Chandelle was arrested and lost her job as a pilot at Eastern Airlines.  Virginia Prince championed the case and raised legal fees.  Three years later, Virginia Prince had no interest in Lady Java’s case – presumably because Lady Java was not femmiphilic.