Francis was raised in Liverpool, and after leaving school tried to lead a ‘normal life’, by training as a motor mechanic.   She also started a stage career as La Bettina, which enabled her to wear the clothes she felt most comfortable in.

When the war started in 1939 Francis volunteered but after a medical was rejected for unstated reasons.  For a few years she was a lorry driver and instructor, but the strain became too great and Francis was allowed to return to stage performance, first on a soldiers in skirts revue, and then in her own show as La Bettina, where she did a magic act.

She was seriously ill in 1945, and on recovery decided to live as Dorothy Medway, off-stage as well as on.  She managed to find a doctor who not only prescribed female hormones but 'decided that I had been born with a completely feminine mind, controlling all my actions'.

However in the early 1950s no British doctor would do an orchiectomy because of the mayhem laws. She had to go to the Netherlands instead, where she had successful surgery at the end of 1953. She had her name changed on her driving licence, her medical insurance card, her passport and her ration book - but was unable to get her birth certificate re-issued.

“No one in this country seems able to decide whether such operations as were performed on me are legal or illegal.  The issue is shunned and avoided.”

She wrote an article for the Sunday Pictorial which was published on 14 March 1954, on an inside page, on the day that most UK newspapers were featuring the Betty Cowell story.

Unlike Cowell she did not have the upper-class connections to be introduced to Sir Arthur Gillies, nor would she have been able to afford his fees. 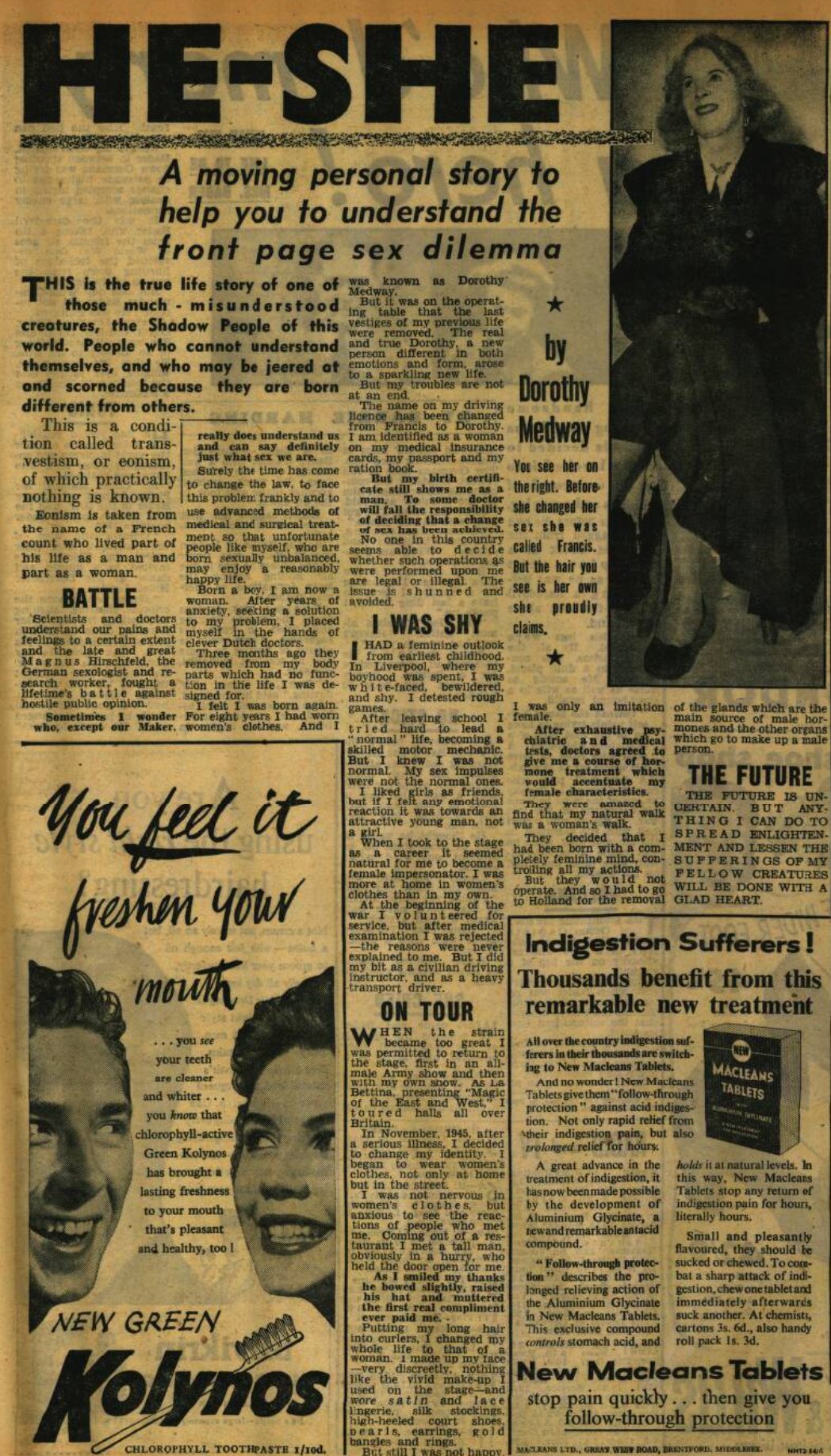