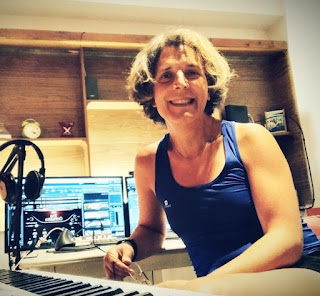 Raised in Buenos Aires, Garbä had started a business career, and also had some musical training. At the age of 30, she moved to the seaside town of Mar de Plata, transitioned and became a mainly self-taught musician, with some influence from her musician father, and some private lessons, but no formal training.

She has become a composer of music that is sometimes described as like film music or light classical.

Calenna has received, among others, the Argentine “Estrella de Mar 2017” award for her summer concerts in the city of Mar del Plata. In 2017 she premiered a work performed by the Urban Queer Orchestra of New York.