Francis Rambough was born in Honolulu. When she was 21, she met Baby Martell (Freddy Figueroa) who invited her to New York and introduced her to the Jewel Box Revue, where she worked as Halle Loki. She studied voice with a jazz musician, and took ballet lessons. 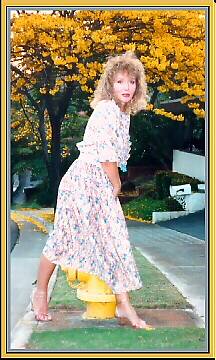 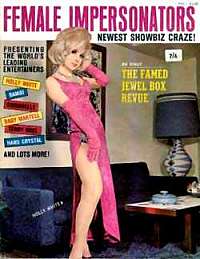 As Holly White, she got a contract in Berlin, and especially after her transition to female, worked mainly in Europe. She was friends with Sonne Teal and missed being in the same plane crash in that she was booked in Israel instead. She worked at Le Carrousel with Bambi and Coccinelle. She did two seasons at Finocchio’s - they had seen photographs and sent for her.


“I wanted to face the world as a female. I was never interested in a male life. I lived on until I could reassign myself to a more female persona. I also worked in Europe after my change. If I was known as a transgendered person, it was OK, if not, OK also. I was, and am, an individual. I don't try to hide my past or my history. I am comfortable in my skin.”

She speaks German and French, and some Spanish and Italian.

Later she returned to Hawai’i and worked as a hairdresser. She did a return European tour in 2005.

*Not the Irish actress, nor the US sociologist, nor the Irish fashion writer.
DAVIDDEALBA.