Joe Finocchio opened his famed San Francisco nightspot after a customer, drinking in his father's speakeasy, performed an imitation of the legendary Sophie Tucker. This gave Joe the idea of a nightclub with men performing with all the glitter, sophistication and glamour of sophisticated women.

He opened a speakeasy in 1929 at 406 Stockton St, which he managed with his wife Marjorie. Initially the show was a female impersonator paired with a exotic dancer – hula or Chinese. 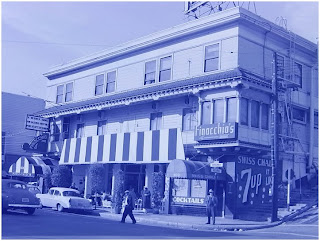 In 1933 with the repeal of Prohibition, it became legal, and Joe hired more dancers and expended the floor show. In 1936 the police raided the club and arrested five female impersonators, including Walter Hart and Carroll Davis, and the owners for employing entertainers on a percentage basis. Police Chief Quinn ‘declared war’ on female impersonators, and also revoked the permit of the 201 Club.

After the raid, Finocchio’s moved to a larger location at 506 Broadway, and hired more impersonators. Marjorie planned the entertainment on a grand scale. She booked the finest entertainers, supervised and planned elaborate productions. The club was allowed to exist because it became a tourist attraction, a symbol of the city’s sophistication. Joe had to promise the police that the entertainers would not mingle with the customers. Tourist magazines billed Finocchio’s as ‘America’s most unusual night club’. This was reinforced during the 1939 World’s Fair in San Francisco.

The club always included ethnic impersonators. Li-Kar did a Geisha dance; Billy Herrero recreated Hedy Lamarr in the film Algiers, 1938;  in 1940 the club developed an Argentine feature; later Juan Jose did a flamenco dance; Reene de Carlo a hula dance; Bobby de Castro did a striptease in a gorilla costume (this was supposed to be Cuban).

There was little trouble at the club over the years, though military authorities declared Finocchio's "off limits" for selling liquor to WWII military personnel outside of authorized hours. That temporary sanction was lifted New Year's Eve 1943 after Joe Finocchio and other bar owners signed an agreement to limit liquor sales to military personnel to between 5 p.m and midnight. Beer could, however, be sold between 10 a.m. and midnight. The future Tony Midnight, who was working in munitions during the war, snuck into Finocchio’s using fake ID.

In 1945 there was a rumor that Errol Flynn, David Niven and two others had taken Pussy Katt and friends back to a hotel suite at the Fairmont for a night of ‘debauchery’. Gossip columnist Louella Parsons heard this, but couldn’t use it. Howard Hughes who had first met Katt when he escorted Ava Gardner to Finocchio’s, returned for another meeting, and became her lover.
Postwar, even when the Jewel Box Revue was in town, Finocchio’s was filled to capacity, four shows a night, six nights a week, attracting locals, tourists and celebrities such as Bob Hope, Frank Sinatra, Bette Davies and Tallulah Bankhead. 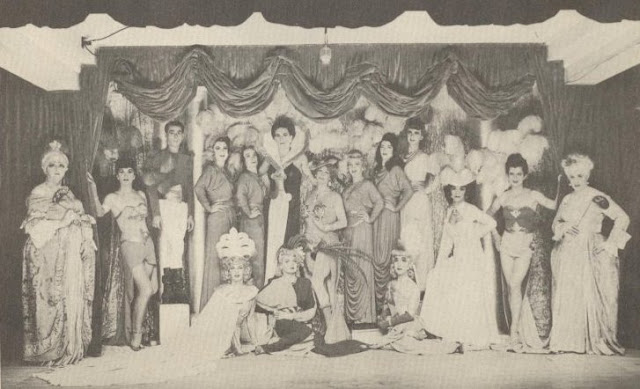 Marjorie died in 1956 and then Joe married Eve. The chorus line were known as the Eve-ettes, after the second Mrs Finocchio. The nightclub was the long-time venue of LaVerne Cummings, and Lucian Phelps, the legendary "Male Sophie Tucker," who appeared there for 27 years. Freddie Renault was the MC.

Evelyn Hooker enjoyed a visit to Finocchio’s in the mid 1950s before starting her research that showed that gay men are no less socialized that other men. 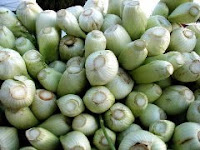 *’finocchio’ is Italian for fennel and by extention a negative word for gay. Some say that this is because its bulb looks like male genitals, but the corresponding word in Portuguese, ‘fanchono’ would seem to be cognate.

Rachel Harlow was also born with the Finocchio name.

I found a really nice old program from the late 40's, I am guessing. I was looking for some history on the club. This is by far the best piece I have read. Thanks very much.

Great article! I'm Joe and Eve's granddaughter. I'm so happy that people keep talkn' about them!

Lara Morgan. I am so thrilled to see your post. In the 30's, your grandfather was sweet on my grandmother. During that time, your grandfather commissioned a painter in 1932, by the name of VON to paint a very colorful painting with flowers and vase. I am trying to find out something about this artist and hoped you might know something. I visited Finocchio's numerous times in the 60's and 70's with my parents. (I think it was about then??) I enjoyed the article very much and hope to hear from you. My name is Sandy and my e-mail address is sandyjordan52@gmail.com