Whatever happened to ... Teri Toye

y transgender Teri Toye, who had moved to New York from Iowa to study fashion. She was offered modeling work, especially for the cult fashion designer Stephen Sprouse, but also for Karl Lagerfeld and Jean Paul Gaultier. Her success allowed Lauren Foster, whose career had wobbled after she was outed, to spring back.

There is a Teri Toye doll by Greer Lankton's husband, Paul Monroe. Teri was maid of honor at Greer's wedding. 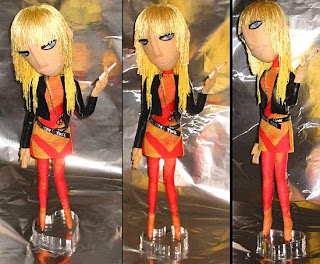 However after three years, Teri split the scene. She returned to her native Iowa where she works in historic preservation and real estate.
Time: 16:52