Szecsődi was born in Balatonkenesén, Hungary at the northern end of Lake Balaton to a dynasty of circus performers and musicians, and was singing onstage with mother’s band before starting school.

In 2007 mother died in a car accident, and Szecsődi descended into depression and drugs. With the help of the Szecsődi family, father and siblings, Szecsődi entered the 2008 Megasztar, the talent search program on Hungary’s TV2. 10,000 applied, and Szecsődi came 7th. 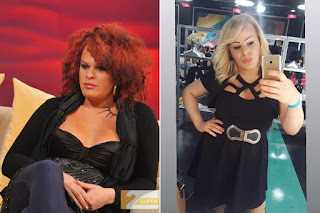 In 2011, as Kári she came out as trans in a television interview. She defined herself as “not a boy, not a girl, not straight, not bisexual, not gay, just me”. She had top surgery in 2012.