Salmonson started life as Amos, being born in Seattle to parents on the carny circuit, father a fire eater and mother a sword swallower.  Amos was seven when, with an elder sister, they were abandoned and put in the foster system.

Salmonson started submitting stories to pulp magazines from the age of 10, although without initial success.   At 12 Salmonson ran away and was able to survive in the burgeoning hippy scene of the mid 1960s.   Salmonson’s father was rediscovered, and his new wife, a Thai Buddhist nun, became a teacher of Buddhism to the teenager. 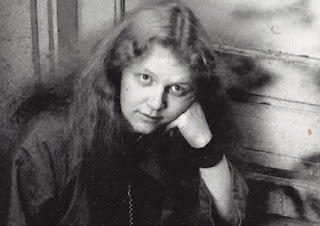 By the age of 22, Salmonson was able to get published.   A few years later, while one of the editors of The Literary Magazine of Fantasy and Terror which served as a forum for issues of feminism, Salmonson transitioned and was able to discuss her changes in its pages.


Jessica Amanda Salmonson has specialized as a writer and anthologist in stories with female protagonists, and in feminist science fiction. She has also used the names Patrick Lean and Josiah Kerr and Paghat the Ratgirl.

She is a prolific author.   For the most comprehensive list of her works see her page in the Internet Speculative Fiction Database.