Terri, originally called Teddy, was a Brooklynite of Italian descent. Her father died when she was young, and her mother practically raised her as a girl. As a teenager, Terri had a rhinoplasty and her chin reshaped, electrolysis, took female hormones and silicon enhancements. She trained and was licensed as a cosmetologist.

In March 1976 Terri and a friend hired a car, and then she and the driver, David Rice, exchanged numbers, and they started dating after she broke up with her previous boyfriend. Rice accepted that she was a bit different from other women.


“I am, believe it or not, a fairly straight kind of dude – I mean, I’m not, and never have been, gay. But then, I don’t think Jill was ever a man – she was just born with the wrong kind of equipment. I fell in love with her and together we sailed through the series of operations that would make us a ‘legitimate’ couple.”

David took out a loan for her to have further breast enhancement, and another loan a year later in July 1977 for sexual correction. The pain killers she took after the surgery added to the downers that she was already taking.

After surgery Terri caught David reading Cheri magazine, and felt that she was more beautiful than the model. They took some polaroids and sent them in. Cheri magazine invited them to come in, and a shoot was arranged. Terri took the name Jill Monro from Farrah Fawcett’s character in Charlie’s Angels. David had to write a monthy column sometimes under Jill’s name, and sometimes as Dave Zele. 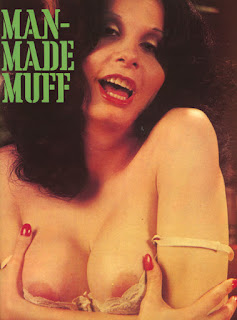 Terri was quite open about her sexual past, and her appearance in the magazine was an eight-page
article, “The Gal With The Man Made Muff – The Incredible Saga of Jill Monro”.


“Most people didn’t believe that she was born male.  Everybody thought that Cheri magazine was just doing a huge publicity stunt for the numbers, for circulation, for money… whatever you want to call it.”

Jill and David were introduced to Mark Stevens (1943-1989) who was established as a heterosexual adult-film actor despite being mainly gay. Annie Sprinkle refers to him as ‘straight for pay’. Mark and Jill threw theme parties at different clubs in Manhattan. Jill was in several adult films between 1978 and 1982. Late in 1978 Jill had a supposed marriage with Marc Stevens at a Greenwich Village disco. This became an eight-page spread in Cheri magazine. 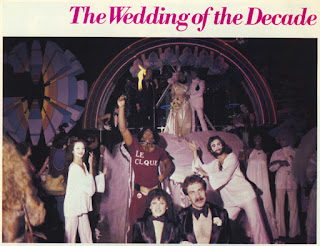 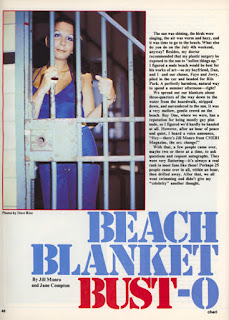 In 1979 Jill and a female friend went to the nude beach at Rockaway Beach, and were busted for public lewdness. A good lawyer got them off, and the incident was turned into an article for Cheri magazine.

David became a photographer, and did rock music tours, sometimes did the camera work on Jill’s films, and was also her manager.

After a management shake-up at Cheri, David and Jill went over to High Society magazine. By this time she had progressed from cocaine on to heroin. This led to her and David living apart. She got less and less work as a model, and began turning tricks and ran ads in Screw and the Village Voice.

The drugs led to a decline and Terri died at age 31.
IMDB

Some of the dates don’t jive. IMDB lists Jill in the film White Fire, as 1976, before she met David Rice, before correction surgery and before she chose the name.