O was born in Vorarlberg, Austria. O's father, a gamekeeper and horn player, died when O was 5, of consumption, and his mother 1½ years later. O was still wearing a dress after his brother, two years younger, had switched to trousers. The aunts who took in the orphan did not permit him girls' clothing except at Shrovetide (Mardi Gras).

After a few years in an orphanage of the Sisters of Mercy, O stole some clothes from a girl of the same size and took her certificate of domicile and ran off to Switzerland, where she found work as a nanny, and taught herself embroidery. When she was 16, a man tried to force himself on her and denounced her as a 'hermaphrodite'.

O moved to France and found work as an embroiderer. She also worked for a while as a man after a friend's boyfriend threatened to report her to the police. In 1882 O emigrated to New York, and again worked as an embroiderer. A co-worker forced himself on her, and discovering her body, used threats of calling the police to make her an involuntary sex partner. One day when he was away O dressed as a man and fled to Milwaukee and worked in a timber-yard and as a cook.

In 1885 O arrived in San Francisco, where cross-dressing had been a crime since 1863. As a man O became an itinerant bookseller, invested in property and began traveling for German newspapers. Indoors O, as a woman, helped with children, and provided accommodation for dance-hall women. 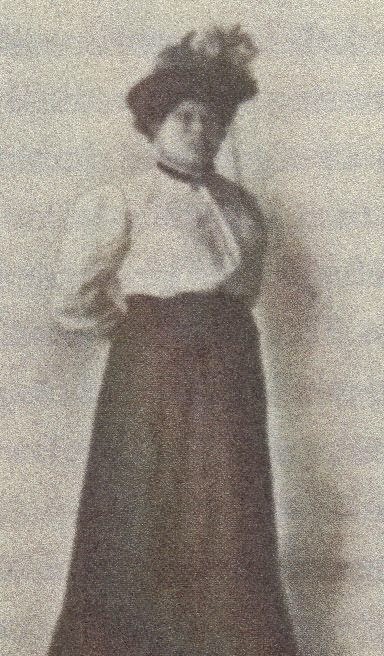 In 1905 O wrote to the new German magazine Mutterschutz (Mother Protection) enclosing an article re feminine boys and men:


"If he is raised as a girl, then he will lose all doubt and will be more stable in his girlishness, so that he will then never will ever want to become a man; if he forced to behave as a boy, then he will feel destroyed and will yearn for the time when he can make a living as maid or something like that".

If born a century later Jenny would, quite likely, have been an early transitioner. She did as much as she did without estrogens, and probably had no way to find out that there were cities others than San Francisco that did not have such anti-cross-dressing laws.