Kim, from Flint, Michigan, began working as a gender impersonator at age 15. At 18 she had a nightclub act in San Francisco, and was recruited to perform at the 82 Club in New York, where she was the featured singer. She toured with revues across the US. 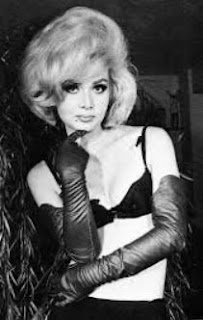 She sang well with her own voice. Kim was noted for her impersonation of Judy Garland that she always did when Judy was in the audience. She also did Lena Horne, Bette Davis and the then new star Barbra Streisand. 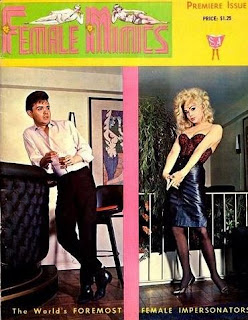 Kim appeared in 2 films: The Tiger Makes Out, 1967 where she plays a female impersonator, and No Way to Treat a Lady, 1968, where she plays a woman killed by the Rod Steiger character in drag. There is no indication that her character is trans and certainly was not so in the source novel, but knowledge of the actor has led to such an interpretation.


In later years, Kim returned to Flint. She continued to dress female even when not working.