Buick was the child of Colonel and Madame Gaston Joly of Paris. At the end of the Second World War the child went with the parents to Bad Ems, Germany as part of the army of occupation, but then returned to Paris alone to pursue a theatrical career. A manager commented on her beauty and delicacy of features and suggested working as a female impersonator. She  was pleased with the observation and took the name Barbara Buick.

She was working at Le Carrousel in 1949 when the Prefecture of Police banned, temporarily as it turned out, wigs, fake breasts, high heels and dresses. The artists of course circumvented this by growing their own hair, taking hormones and wearing flat heels with feminine trousers. In all Buick stayed ten years at Le Carrousel, often working alongside lesbian singer Suzy Solidor. In the late 1950s she went for surgical confirmation from Dr Burou in Casablanca.

By this time her father, Colonel Joly had left his wife and disowned his daughter. While holidaying with her mother in Avignon, Barbara met Monsieur H, a French aristocrat. She told him of her past, and he was in shock, but he came round and still wanted to marry her. However she ran into problems trying to get her birth certificate re-issued.  In the early 1960s Barbara was sufficiently well known that she was featured in the English-language press as an epitome of a trans woman.

Later she  worked in the factory where her mother worked. This went well until a serious accident put her in hospital with first and second degree burns. After a month in hospital, Barbara returned to the factory and was summoned to see the boss – who had not visited her in hospital even once. He had become aware of the gender on her official papers. While the authorities had also become aware of her situation, they had decided on discretion and not interfered. The employer decided differently, and she was dismissed.

Barbara published her autobiography in 1971. Afterwards she disappeared from public view. 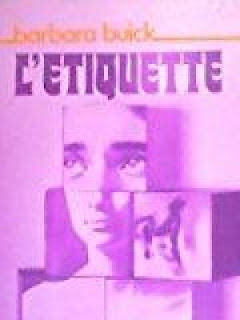