Jay Thomas grew up in a small town in Indiana, and as a teenager was a national swimming champion.

Despite feeling wrong as a boy, Jay married a woman at age 17, however she had great difficulties with her husband’s transsexual inclinations. Thomas moved to the Los Angeles area and worked as a consultant for movie and television productions and as an engineer psychologist for Hughes Industries, an aircraft development company.

A second wife was more supportive of the trans aspects, and they traveled together as two women. Thomas had children with both wives.

When the second wife passed on in 1985, Thomas felt free to transition. Thomas had been working as a consultant at a large Los Angeles banking firm, and was able to continue there as a woman.

Afterwards she gave counseling to other transsexuals, in accordance with the HBIGDA Standards of Care. In 1988 she took a part-time position in the Psychology Department at the Santa Monica College, where she was a well-regarded teacher who shared her background with the students. She also worked part-time at the Los Angeles Mission College.

With Kate Bornstein, Jayne appeared on the Geraldo television program “Who’s Sorry Now” about post-surgical regret. Kate and Jayne were there in contrast as successful and happy transsexuals.

Jayne was a speaker at the first New Women’s Conference in Essex, Massachusetts in 1991: her talk was reprinted in The Journal of Gender Studies.


“I've made the comment on more than one occasion that I'm a hell of a lot more comfortable with the masculine part of myself now, in female form, than I ever was when I was in male form. I couldn't be androgynous as a male. I can now. Because being male doesn't threaten me now”. 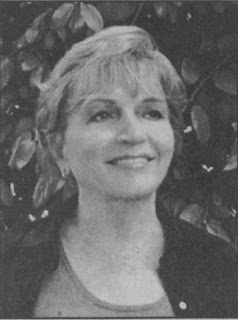 Jayne also gave lectures and presentations at other colleges. From this came the VHS tape Gender Identity: Variations of Expression. At one college presentation, after Thomas spoke of her gender history, an Iranian woman said:


"I knew there was something different about you. I knew it! Women don't walk around the way you do. Women aren't as assertive, as bold as you. Women your age wouldn't generally stand here like this and make a presentation."

Jayne’s son, an aspiring thespian had become involved in dance as a form of creative expression. Jayne met his teacher and also took the course, and found it useful in expressing a new gender. She and the teacher wrote this up and it was included in the Gender Blending anthology edited by the Bulloughs and James Elias.

During the spring semester, 2002 Jayne suffered a stroke and went into a coma. Despite medical care, she died a few months afterwards