Briffa's parents were emigrants from Malta. When he was born, in Altona, Victoria, outside Melbourne, doctors were unsure of his sex, although the twin sister was definitely a girl. They recommended, as was the practice then, that, as he lacked the male signifier, he be raised as a girl, Antoinette.

Antoinette went to a Catholic all-girls school. She was subjected to a gonadectomy at age 7 – the parents were told that the organs were cancerous. She was on female hormones from age 11. The frequent visits to hospital made her feel like a freak. From age 12 Antoinette was telling the doctors that she was not a girl, and did not want breasts.

By age 18 she had seen her medical records. She did an engineering degree, one of only two women in the year:

She married an understanding man, but they quickly divorced, although on good terms. Briffa worked as an aviation maintenance engineer, and at 26 she was having relationships with women, identifying as a lesbian:


"That wasn't comfortable either, because to be a lesbian, you actually need to be a woman".


"Doctors made me 5 feet 2 inches (1.58m) on purpose. My estimated height (if I'd been left alone) was between 5 feet 8 and 5 feet 10, and that was considered far too tall for a girl. So now, I'm a very short man. It's something I always feel inadequate about".

Briffa had to come out as intersex and appear on Nine Network's 60 Minutes before being able to get a prescription for testosterone, which was needed to compensate for what would have naturally happened.  Briffa was given an advance copy of the program to show to the family before the broadcast.

Doctors tried to impose a psychiatric assessment as they would for a transsexual.


“They tried to get me to go through the trans process which I completely refused. For a start, I’m not trans and they didn’t have my approval for what they did to me previously and so I wasn’t going to jump through hoops for them to give me what my body naturally had.”

At 30 Briffa decided to live as a man, had the Victorian register of births, deaths and marriages recognize him as male, and changed his name to Anthony. However his birth certificate does not specify a sex.


"It was an interesting experiment but I realised I'm not male - I'm part male and I certainly can't have a relationship as a man. I wasn't socialised as a male, I didn't grow up male and I don't relate to a partner that way, so as Anthony I didn't have any relationships."

“I never had an issue with being raised as a girl, it was all the secrecy, the lies and all the surgeries that were done without my consent that I have an issue with. Atypical genitalia isn’t going to kill a kid, but doing surgery on kids just to make them look male or female and furthermore to make them heterosexual males or females is just unethical and it’s a breach of their human rights.”

Briffa became the public face of intersex in Australia, and also the full-time foster parent to two siblings, a girl and a boy. He ran in Altona for the Greens in the 2002 Victoria State Election and came third with 9%. He did local activism, to save a local park, and then became co-convener of a residents' association.

From 2002-12 Briffa worked in auditing airworthyness, first for the Department of Defence, and then for the Federal Police. Following the local activism, in 2008 Briffa ran for and was elected to the council in Hobsons Bay (which includes Altona). A year later he was deputy mayor, and in 2011, mayor. He is also a Justice of the Peace. In the 2012 Pride March in Victoria, Briffa marched in Mayoral robes. Briffa served for six years in all. 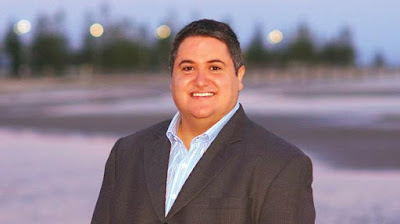 While Mayor, Tony had met a woman, Manja, a teacher, and they wished to marry. Because of how Briffa is registered in Victoria, they could have married pretending to be a heterosexual couple, but Manja is lesbian, and Tony wished to be open as not being male or female. This was not possible in Australia, but is allowed in New Zealand since 2013, where they did marry that year. Tony is annoyed with Australian Marriage Equality in that what they are campaigning for excludes some intersex people.