From Chinook, Montana, Elliott Blackstone served in the US Navy during the Second World War. In 1949 he joined the San Francisco Police Department.

In 1961-2 there was a 'gayola' scandal about police taking payoffs from gay bars. One reaction to this was that José Sarria set a precedent by running for the San Francisco Board of Supervisors. Another was that Blackstone was assigned as the police department's first liaison officer with the homophile community. He worked with the Mattachine Society and the Daughters of Bilitis, he helped to end entrapment in public toilets, he trained police recruits by bringing in gays, lesbians and trans people to talk about themselves.

In 1965 the Society for Individual Rights (SIR) had negotiated with Blackstone so that they could hold a gay New Year's ball; however others in the police force had different ideas and it was raided anyway. Even Mrs Blackstone was taken to be a drag queen and shoved about.

In August 1966 there was a riot at Compton's Cafeteria, and Blackstone attempted to moderate between the queens and the security people. Later Blackstone met Louise Ergestrasse (Durkin), the first transsexual to use that term to him. She got him a copy of Harry Benjamin's The Transsexual Phenomenon, and he began to arrange help. He persuaded the Center for Special Problems, part of the city Department of Public Health, and they began to offer hormones, counseling and referrals. Benjamin came and trained the staff, and worked with Blackstone. Blackstone gave lectures to fellow police officers.

He encouraged transsexuals to organize as Change: Our Goal (COG) and attended their meetings. With Blackstone's support COG dissuaded the police from arresting people for using the 'wrong' toilets or being cross-dressed. He helped to establish an anti-poverty office that employed transsexuals. He collected donations at his church to pay for hormones for transsexuals who could not afford them. The office provided ID cards that enabled trans persons to open bank accounts and obtain employment. After Reed Erickson's EEF funded the National Transsexual Counseling Unit (NTCU) in San Francisco, Blackstone managed its office as part of his police liaison role. EEF provided funds so that he could attend professional development and criminal justice conventions across the US and in Europe to give his views on police mistreatment of transsexual minorities. In the office he worked with individuals who were having problems with the law or their employers. He gave a presentation to every San Francisco Police Academy Class. 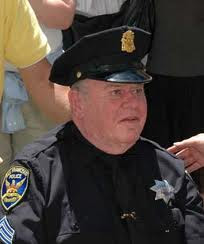 However in 1973 a police agent persuaded an NTCU employee to bring cocaine on to the premises, which were then raided. Drugs were also planted in Blackstone's desk. He was then assigned to another job. Within two years Blackstone had retired and NTCU was no more.

Blackstone had been 26 years with the force. He was presented with a plaque: "Many thanks, The Transsexual Community of San Francisco". At age 81 he became the first retired officer to receive a commendation from the Police Commission, and was a grand marshal at the 2006 San Francisco Pride parade. He died a few months later of a stroke.

Joanne Meyerowitz says (p257) that the two trans women arrested in 1973 were Suzan Cooke and Janice Maxwell who were there running NTCU. However Suzan's own account does not say that. Cooke: "Elliott Blackstone remained a constant, a supporter who was too often paternalistic and too often clueless but nonetheless stood by us."
Time: 12:49