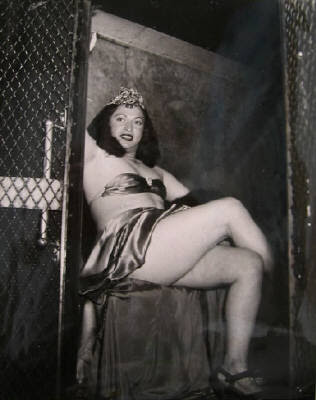 The history of transpeople can be taunting. Some persons, who presumably live a life of several decades and repeatably express their transgender personality, even in periods of repression, literally have only a few moments of fame, often because they have been arrested. Then they disappear back into the darkness.


One such was a person charged with being a pickpocket who was arrested in New York in 1941, and who just happened to be photographed by the freelance photographer Weegee (Usher later Arthur Fellig 1899 - 1968). She co-operated with Weegee by lifting her skirt, and we have the photograph, but we do not know even her name.