Madgame was raised in Michigan, trained as a mezzo soprano at the Michigan School of Music, and then moved to Berlin as a third of the world’s opera is in Germany.

By 2013 Madgama knew that he had to transition. He researched what effect testosterone would have on a trained singing voice and found very little information, and what there was suggested that it would damage his career. But he had to do it anyway. A year after starting testosterone, he had top surgery in Bangkok. He rebuilt his repertoire, this time as a tenor. He applied to the Glynbourne Academy which offers courses for opera singers not on the standard track. They helped him to sort out a vocal technique, especially in mixing head and chest voice. 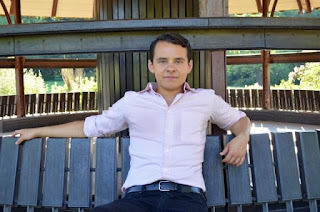 Holden has become an accomplished tenor both as a soloist and in chorus. He continue to live in Germany and has sung with Passaggio Oper, Fulham Opera, Gerhart Hauptmann Theater in Görlitz, and the Brandenburgisches Konzertorchester.