30 km southwest of Florence is the comune of Empoli, and in Pozzale, a frazione thereof (a suddivision of a comune introduced in the Fascist period), there is a medium-security prison, which until 2010 was a women's prison. 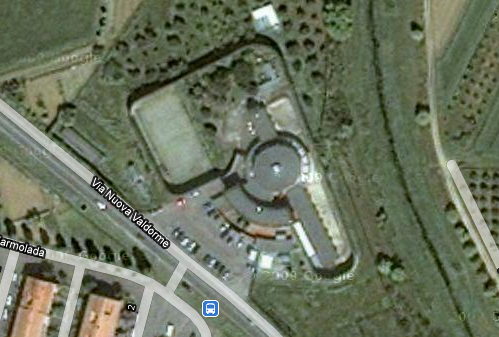 By that date the Pozzale prison had a staff of 22 plus 6 Ministry of Justice employees but only 2 inmates. While nearby prisons were overcrowded, it had proved impossible to have some of their inmates transferred to Pozzale.  Its former governor had been removed from his post because of difficulties in his personal relationships. A regional tribunal ordered his reinstatement but this never took place. In 2007 the ex-governor was sentenced to 11 years’ imprisonment for abuse of his office and other offences, but in 2009 the European Court of Human Rights condemned Italy for not giving him a fair trial.

On Christmas Day 2009 around 3 pm, a Brazilian transsexual committed suicide in a detention centre for illegal immigrants in Milan.

There was also an ongoing state of emergency over prison overcrowding.

A partial solution was announced.  Pozzale prison would become a prison exclusively for trans prisoners, of whom there were 60 in Italy at that time.  Most would have come from a special arm of Sollicciano prison in Florence. Training courses were to be provided for custodial staff: free hormonal care and recreational opportunities barred from anywhere else were provided. The adaptation and restructuring works were already underway when the Ministry of Justice, at the time chaired by Angelino Alfano, changed its opinion and blocked everything. Pozzale was returned to hosting women inmates from January 2013.

In 2020, Pozzale became a prison for mentally ill convicts.