Born in Hungary and raised in Sweden with the first name Tibor, Horvath was trained by the Kungliga Baletten (Royal Swedish Ballet) and then from age15 had a scholarship with the Hamburg Ballet School.

After final training again with the Royal Swedish Ballet School, Horvath worked with some of the most prominent ballet choreographers and danced the lead male parts. For three years 1995-8, Horvath was with the Finnish National Ballet, and performed soloist roles. In 1998 Horvath joined the English National Ballet performing in ballets including the Nutcracker and Cinderella.

Upon leaving the English National Ballet, Horvath decided to extend into other styles of dance, and worked at the Portuguese Casino Estoril and the Parisian cabaret Lido and the Moulin Rouge. In May 2005 Horvath joined the New York drag ballet troupe, Les Ballets Trockadero de Monte Carlo performing under the name of Stanislas Kokotch.

In 2007, Horvath settled in Australia and began a teaching and coaching career, that was temporarily disturbed in 2011 when a student complained about being physically compelled during a lesson. The next year Studio Tibor was established in partnership with Damian Hannan.

As Julia Horvath, she began public transition in 2015.

Several of her students have gone on to become noted ballet dancers. 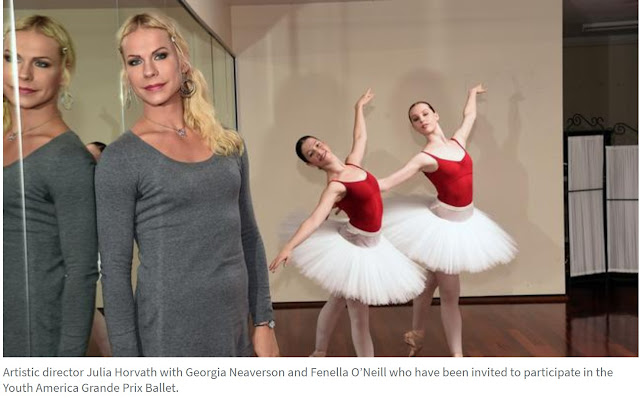