Ray Blanchard’s father, an aviation metal smith died in the Japanese attack on the USS Franklin, just before his namesake son was born. The son was raised a Catholic in Hammonton, New Jersey.

He did an A.B. in psychology at the University of Pennsylvania, 1967, and PhD in psychology at Urbana University, Illinois, 1973, the year that the American Psychiatric Association removed homosexuality from its list of diseases. He had a draft classification of 4-A, the sole surviving son of a service member killed in action, and so was exempt unless war was officially declared, which the US never did against Vietnam.

He emigrated to Canada anyway. He did post-doctoral research at Dalhousie University investigating learning processes in animals (mainly rats) until 1976 when he became a clinical psychologist at the Ontario Correctional Institute in Brampton (now the Brampton Adult Training Centre). There he met Kurt Freund while working with sex offenders. They made plans to collaborate, and in 1980, Blanchard started working at the Clarke Institute in Toronto (now the Centre for Addiction and Mental Health).

He did work on male birth order and sexuality and claims that the number of older brothers increases the chance of homosexuality in right-handed men, but not in left-handed men or in women at all. He claims that pedophiles have lower than expected IQs and higher rates of non-right-handedness. He hypothesizes that “these and other correlates of pedophilia reflect some perturbation of prenatal neurodevelopment in subsequently pedophilic males”.

A lot of his work utilizes phallometric diagnosis. He is best known for his re-presentation of Kurt Freund’s ideas on fetishistic transsexualism which he re-labelled as ‘autogynephylia’. He insisted for many years that there are no gay trans men, and consistently ignored Lou Sullivan’s letters in the 1980s explaining that Lou and many others are indeed gay trans men. Further to this he does not acknowledge autoandrophilia, which is the term that his theoretical system should apply to such trans men. However he now claims to have published two of the earliest reports of gay trans men (but without using that terminology).  He also insists and persists in referring to heterosexual trans women as homosexual, and refuses to use the word ‘androphilic’. 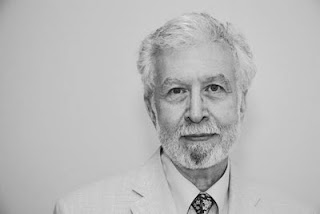 Blanchard is a Professor of Psychiatry at the University of Toronto (despite being a psychologist not a psychiatrist), and in 1995, after Kurt Freund’s retirement, he became Head of Clinical Sexology Services in the Law and Mental Health Programme of the Centre for Addiction and Mental Health (CAMH). He served on the gender dysphoria sub-working group for the DSM-IV, 1994, and is serving as Chair of the paraphilia sub-working group for the new DSM-V. He is an Associate Editor of Sexual Abuse: A Journal of Research and Treatment and a member of the Editorial Board of the Archives of Sexual Behavior.

He supported Michelle Josef’s lawsuit in 1999 to get gender surgery relisted under the Ontario Health Insurance Plan. He supplied material to Lisanne Anderson for her Autogynephilia Site.

He gave a paper at the Third International Body Integrity Disorder Meeting in 2003 comparing BIID (apotemnophilia=desire to have a limb removed) to Gender identity disorder, as did Anne Lawrence. This has fed the usage on the religious right of referring to sex changes as sexual-amputation fetishism.

Michael Bailey’s The Man Who Would Be Queen, 2003, recycles many of Blanchard’s ideas. Blanchard's favourable review of the book is the only review that he ever wrote for Amazon, and he resigned from HBIGDA (Harry Benjamin International Gender Dysphoria Association, now WPATH) when it criticized the book, an act which he called 'appalling'. 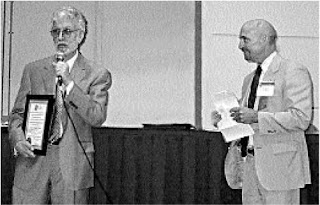 In 2002 the CAMH GIC was awarded a Presidential Citation from Div 44 of the American Psychological Association.  Ray Blanchard accepted the award on behalf of CAMH.

The population of Ontario being over 13 million, there should be around 200 trans persons completing transition each year.   Before the suspension of Ontario Health Insurance Plan (OHIP) funding for gender surgery in 1998 Blanchard's management had kept the number approved to around 10 per year, and it looks as if the numbers approved since the re-instatement in 2008 will be approximately the same.

As Blanchard manages a clinic that rejects most of its applicants, and proclaims a universal theory based on the minority that it accepts, it is a reasonable assumption that the majority are rejected precisely because they do not fit the theory.  For this crime of contradicting the theory, they are denied OHIP funding.

I am not discussing the concept of autogynephilia in any detail here as I have already done so here.

As his insistence on calling heterosexual trans women ‘homosexual’ shows, Blanchard regards trans women as men, and trans men as women.  This was shown again in the 2004 article in The Globe and Mail.  Blanchard has tried to claim that he is not transphobic, but until he changes in his regard of which gender we are, it is inevitable that many, probably most, of us do regard him as transphobic.  This attitude will probably not change until the next generation take over the gender clinics.   It does appear that Blanchard and Zucker are attempting to solidify their position in the DSM-V, so that it will last for another generation.

Of course Blanchard supported Michelle Josef’s lawsuit in 1999 to get gender surgery relisted.  The CAMH GIC is a stronger institution when it can offer the carrot of paid-for gender surgery on the Ontario Health Insurance Plan.

Blanchard claims that pedophiles suffered “perturbation of prenatal neurodevelopment”.  The HBS people claim that the same thing happened to them, but don’t phrase it so well.

Unlike Kurt Freund who was married to a woman and had had children, and unlike James Cantor who is openly gay, Blanchard has been very coy about his private life.  Andrea James’ article of November 2009 is by far the best on this particular topic, but I would maintain that his closetry denies him the right to claim to be gay.

Being a right-handed eldest child with a heterosexual younger brother, I am not sold on the birth-order effect.

Blanchard, Zucker and Cantor are all by upbringing American.  That is a bit too many to be all in one Canadian clinic, especially the dominant Canadian clinic on transsexuality.
Time: 10:54