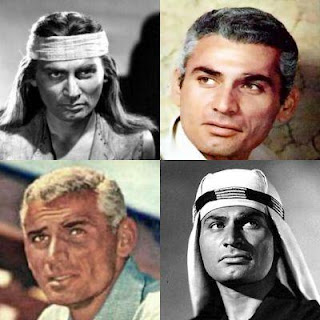 After service in the Second World War, he became a rugged star, as Jeff Chandler, in westerns and other action films. He was often cast as aboriginals, and played the Apache Cochise in three films. He was also a singer, releasing several LPs and playing nightclubs.

He was apparently, and despite his height, a transvestite in his private life. His engagement to Esther Williams was broken off when she discovered his hobby. She revealed this in her 1999 autobiography.

Chandler died at age 42 from blood poisoning after surgery, which was deemed malpractice when his family later sued.

*Not the boxer, nor the American Football player.